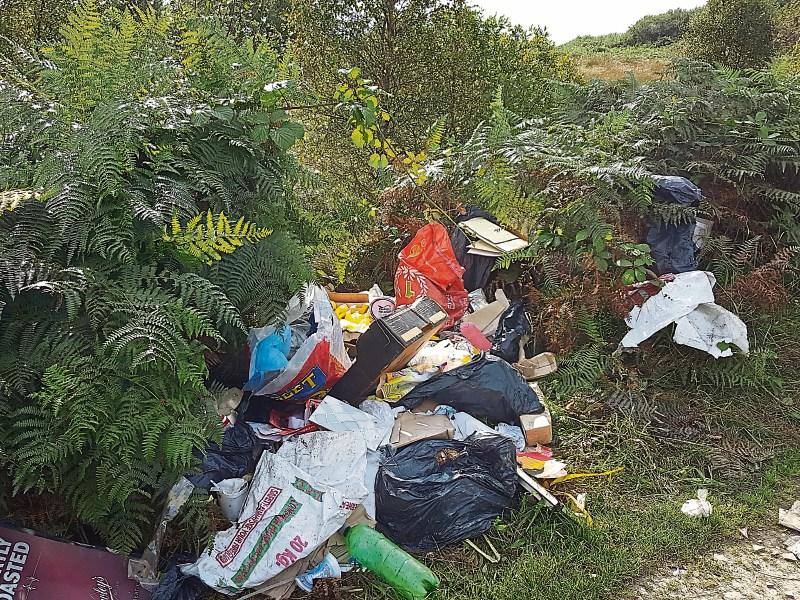 A visitor to the area, who later reported it to the Environmental Department at Longford County Council, said that he spotted the rubbish on Tuesday, August 30.

“This bit was exceptionally bad,” he admitted. “It seems to have improved over the years but this bit was noticeable.”

There were two main sites, he added, where a variety of rubbish had been dumped.

Longford County Council's Environmental Officer Gary Brady confirmed that the department were aware of the incident, having received numerous reports from members of the public.

“We did get two or three names in the waste and we've issued the fines and we have asked the people in question to pick up the waste.”

Those who were identified were given until last Friday evening, September 2,  to clear the waste, and at that time, only one person had cleared up part of the area.

Happily, by Monday, the entire mess had been cleaned up and correctly disposed of, and with just the fines left to be paid, Mr Brady added a word of sincere thanks to all who reported the incident within a matter of hours of its occurrance.

“We had a positive result from it and we would like to thank the locals for being so vigilant,” he added.