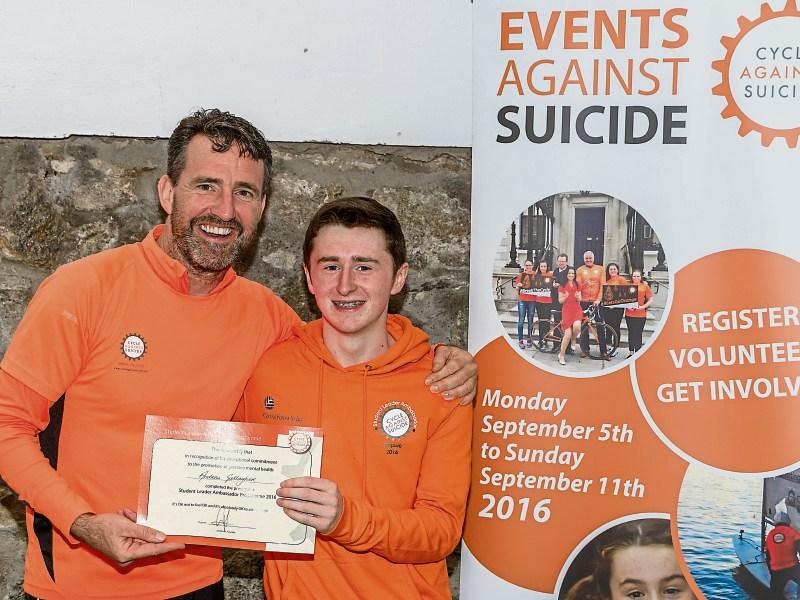 Longford student Andrew Gallagher has been named as one of the Student Leader Ambassadors for the Cycle Against Suicide (CAS), after being nominated by his school.

The St Mel's College student joined his counterparts from all over Ireland at the annual CAS Student Leader Ambassadors' Retreat, which took place in Kippure Estate, Co Wicklow on Thursday and Friday, August 18 and 19.

The retreat, now in its third year, recognises the students for their exceptional contribution to the area of mental health. The aim of the programme, meanwhile, is to harness the immense leadership potential of those young adults, and empower them to bring the CAS message that 'it's okay not to feel okay; and it's absolutely okay to ask for help' back to their schools and communities. The Student Leaders actively participate in all CAS activities throughout the year.

During the course of the retreat, Andrew and his peers were invited to participate in a range of workshops including Media Skills, Outdoor Pursuits, Team Building, Presentation Skills and Leadership Training. They enjoyed presentations given by special guests such as CAS Founder Jim Breen and Ombudsman for Children, Niall Muldoon and also collaborated to develop a theme for the Student Leaders' Congress, which takes place in the University of Limerick on January 19, 2017.

Link teacher with St Mel's, Hazel Concar said; “It's a huge honour for St Mel's College to have a student selected for such a prestigious and worthwhile programme at a national level.

“We are immensely proud of Andrew's achievement.”