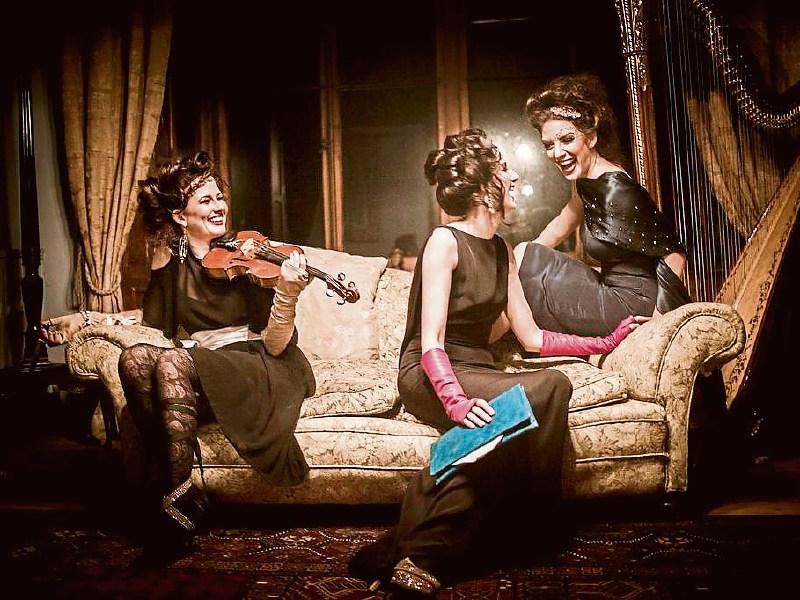 As the kids head back to school and autumn sets in, the folk in Backstage are preparing for their busiest season of the year.

With everything from the best in kid’s entertainment and dance to top class comedy and drama, there will be plenty to keep you entertained as the evenings get shorter.

Kicking off a busy September is the premier of the national tour of Tom Murphy’s 'Bailegangaire', directed by Padraic McIntyre of Livin Dred and starring Clare Monnelly of 'Moonboy'.

This is followed by the comedy genius of Jon Kenny starring alongside Mary McEvoy in the much loved John B Keane classic 'The Matchmaker' and later by the beautiful portrayal of  Michael Collins and Kitty Kiernan's love story in 'A Great Arrangement'.

Al Porter makes his Backstage debut in September, before  Seamus O’Rourke concludes the month  with his new show 'Danger Money'.

Backstage Theatre group take to the stage in October with 'The Accused' by Jeffrey Archer  and later in the season, theatre fans can look forward to 'The God Box' in aid of Local Hospices.

Maeve Binchy’s 'Minding Frankie' will also be brought to the Longford stage, in an adaptation full of Binchy’s trademark wisdom, warmth and humour.

Kicking off the musical side of the season is the sensational Longford soprano  Emer Barry with her group Affinití, who take to the stage with Howard Crosby, nephew of the late Bing, to celebrate music from the movies.

Michael Hanrahan and Brendan Begley tell the story of 1916 in an evening of song and stories, while in October, Declan Nerney performs his first ever concert at Backstage.

Paul Gurney takes to the stage later in the month with a host of talent from the area in his event 'Longford, Live and Local' and in a unique concert in November, Aonghus McAnally celebrates the music of Christie Hennessy.

There are  a host of shows for all the family throughout the season, including:  'The Nutcracker' from Ballet Ireland; three spectacular shows including the amazing Fidget Feet as part of the Aisling Children’s Festival;  a special schools showing of 'The Elves and the Shoemaker'  and a family showing of 'Humpty Dumpty’s Big Eggventure'.

As well as four separate exhibitions in the Atrium Gallery throughout the season, in association with Longford Arts Office, Michael Harding returns for the launch of his new book 'Talking to Strangers'.