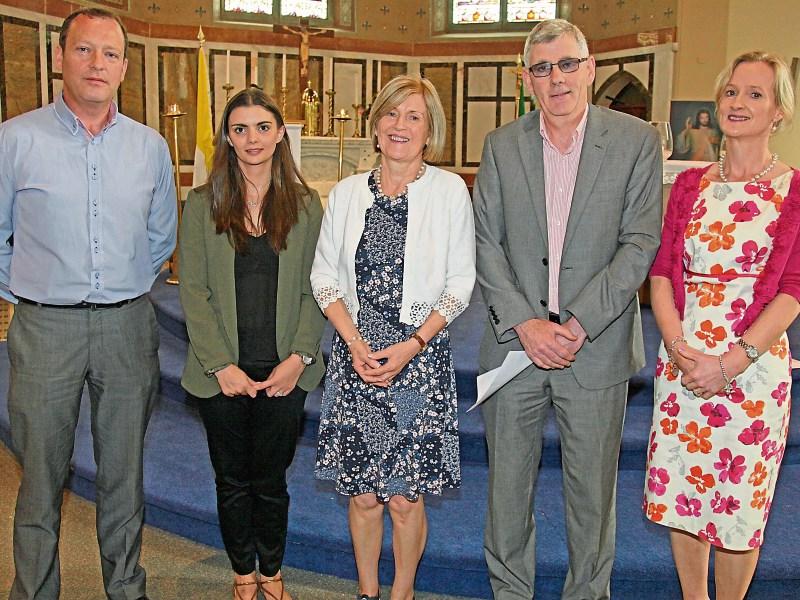 Local students and a retiring teacher were recognised during a special ceremony in Edgeworthstown at the close of the last school term.

Prizes were also presented to the winners of their annual Credit Union Tidy Towns poster competition.

Following forty years of dedicated service teaching the children of Edgeworthstown, Geraldine retired from St Mary's National School where she was presented with a gift from her  pupils.

Chairman of Edgeworthstown Tidy Towns and the school's Board of Management, Tom Victory said; “She is a great part of the community. Geraldine did a lot for the schools in Edgeworthstown over the years. All her present and past pupils wish her all the best.”

Mr Victory explained that the annual competition is to make children aware of littering and energy consumption. He added; “The theme this year was 'energy saving in houses for the future', just to make them aware of energy conservation.

“We got the entries judged by local lady and environmentalist Noreen McLoughlin, who is very involved in energy consumption.”

Mr Victory concluded by saying, “On behalf of Edgeworthstown Tidy Towns, I would like to thank Longford Credit Union for the annual sponsorship.”