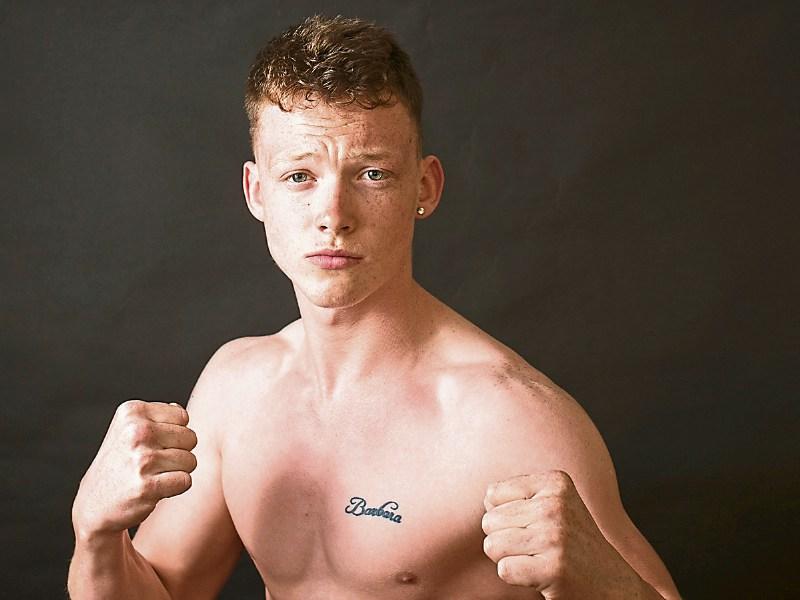 Conor McGregor may be the darling of the cage fighting mixed martial arts world but Longford has its own rising star in young Chad Reilly.

The affable 17-year-old takes an important step in his journey towards a full-time career when he travels to Dundee this weekend to fight for the World Kickboxing Junior title.

The young Longford man faces the biggest fight of his career when he comes face to face with the highly rated Dean Sutherland in the young Scot’s home town.

Ahead of travelling to Scotland this week, Chad told us: “I’ve left no stone unturned in the preparations and I’ll have my grandfather with me and he has been a huge support to me from the start.”

Young Chad grew up with his grandparents, Martin and Geraldine Reilly of Oakvale, who  are a well known and popular Longford couple, following the death of his father, Martin Jnr, when he was a little boy.

Martin Snr and indeed all the Reilly family are well known in local sporting circles with Martin Snr an accomplished and revered martial arts enthusiast. He taught young Chad the basics of martial arts and also ignited in him a huge passion for cage fighting.

However he wasn’t allowed compete until he was 16 and and with six fights undefeated behind him now, he has earned his crack at a world title. His gruelling training schedule sees him working out at least four hours a day. He trains out of the  Fusion MMA facility in Athlone which is affiliated to the SGB McGregor operation.

His coach is Martin Hickey, who believes that young Chad has the makings of a real star. Conor McGregor was 21 before he won his first title and now Longford’s own hero is on the brink of his first belt at just 17.

Whilst his focus at the moment is very much on the big fight at the weekend it is no secret that Chad has his eye on a pro career. Assuming he can successfully overcome what will be a very tough fight on Saturday night, he will start fighting professionally in November. He said: “I’m sparring with the pros at the moment and I am well able to hold my own. I’m afraid of nothing and I’ve great discipline and commitment that I learned from my grandfather.”

Chad’s emergence as a sporting star  sees him jostling for the limelight with his uncle Nigel Reilly, College Park, Longford town, who is one of the leading European arm wrestling stars.

A regular on the Eurosport channel, he is currently training for the British  championships and if all goes according to plan, the Reilly household could soon boast a world kickboxing champion and a British arm wrestling champion.

Nigel has enjoyed great support locally in his career to-date and he has been at pains to thank his sponsors who include the Mini Market, Ballinalee Road; Deli Burger, and Spirit Clothing, all of Longford town.