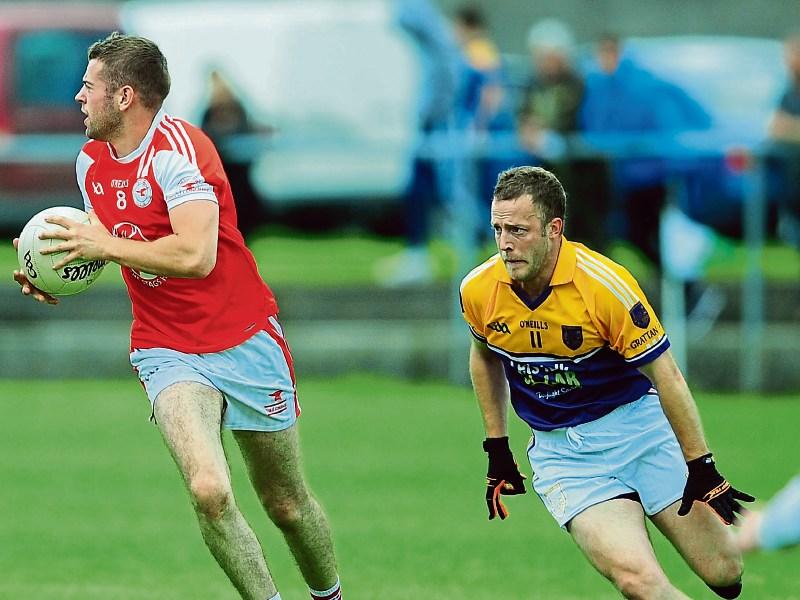 Following some very competitive games in the group stage of the Intermediate Football Championship, the battle to capture the Gerry Hennessy Cup is now down to the last four with the semi-finals scheduled for this weekend.

First into action at Glennon Brothers Pearse Park on Saturday evening (throw-in 4.45pm) are Cashel and Sean Connolly’s and the general opinion is that the eventual winners of this game will go on to win the title.

Cashel were under considerable pressure after losing to Killashee by the slender margin of  a solitary point in the opening round but showed a lot of character to bounce back with a win over Ardagh/Moydow.

Gerry Lynn’s side then scored a comfortable success over Kenagh to make further progress but have suffered a significant blow with Padraig Farrell ruled out due to a serious knee injury.

Cashel will be depending on the Farrell brothers Andrew and Conor to make a big impact against Connolly’s while other key players include the experienced trio of Aidan Rowan, Ger Dennigan and Gary Kenny.

Ronan Farrell, Gavin Kelly and county minor Ronan Healy are also capable of making their presence felt and Cashel will need to be at their best to overcome the challenge of unbeaten Connolly’s who cruised through the other group.

Convincing wins over Grattans, Legan and Ballymore would appear to suggest that the Ballinalee boys have rediscovered the same sort of consistently good form that almost yielded the Intermediate title two years ago when they ran Carrickedmond so close.

Colin ‘Dolly’ Dalton is back in charge but he is only too well aware that his team are now facing their most difficult game in the current championship campaign against Cashel.

County player Dessie Reynolds is unquestionably their main man with Ciaran MacEoin, Stephen Lynch, Paddy O’Neill, Padraig Brady, Adrian Dalton and Michael McGlynn also expected to be much to the fore, not forgetting the threat of Joe Heaney.

A close encounter is in prospect in a game that could go either way but a hesitant vote goes to Cashel to make it through to the county final.

St Brigid’s and surprise semi-finalists Young Grattans meet at Pearse Park on Sunday (1.45pm) and while Killashee are fancied to reach the Intermediate title decider again they could be hard pressed to come out on top.

Ray Curley guided St Brigid’s to last year’s county final, which ended with the bitter disappointment of defeat against Rathcline, and the Ballyleague native is back at the helm in the hope that Killashee can go one step  further.

Looking no further than the clash against the neighbouring rivals Grattans, the St Brigid’s players will need to be completely focused after doing very well to finish top of their group unbeaten following wins over Cashel, Kenagh and the Ardagh/Moydow amalgamation.

After putting it up to Connolly’s for three quarters of the game in the opening round before eventually losing by seven points, Grattans had to beat Ballymore in the next group game and fought really hard to emerge victorious by the minimum of margins.

It was not looking good when they trailed by nine points (1-6 to 0-0) in the first quarter of the remaining group fixture against Legan Sarsfields but they came storming back to achieve the victory that made sure of their place in the semi-finals.

Getting the best out of Grattans is their influential manager Andrew McManus from Carrigallen and they will be quietly confident of beating Killashee with Karl Murray, John Balfe, Willie John McDermott, Damien McHugh, Stephen Farrell, Gerard Victory, John Hand, Kevin Jones and Emmet Clarke all capable of figuring prominently.

On the basis that St Brigid’s came through the tougher group, they look the best bet to win this local derby providing they play to their potential.