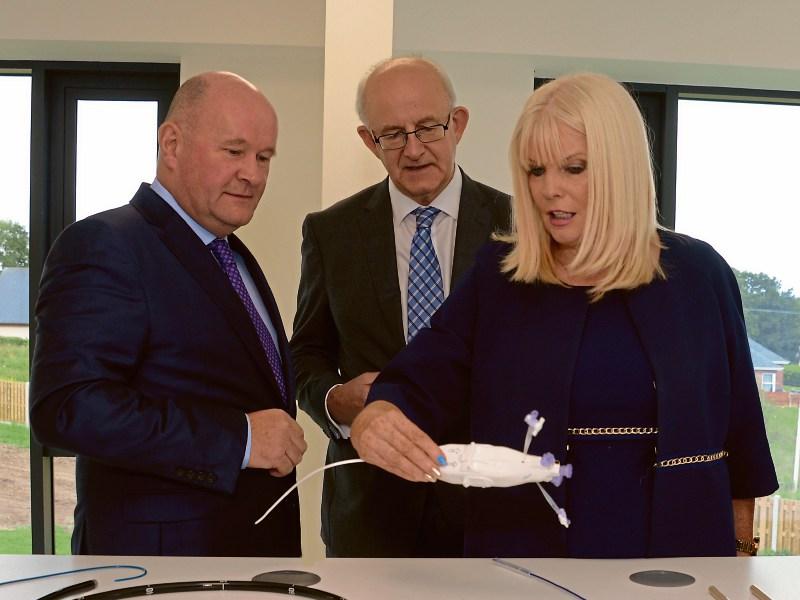 A Carrick-on-Shannon based medical devices firm is to create 200 new jobs as part of a new €10 million investment programme, writes Liam Cosgrove.

Catheter and extrusion devices provider VistaMed intend housing the additional staff at at its state-of-the-art research and development facility in the Co Leitrim town.

The company, which already employs 325 people in Ireland, also has a facility in Rooskey, Co Leitrim.

Recruitment for the new roles have already commenced with VistaMed expected to complete the process by the end of 2019.

The firm is also in the midst of expanding its existing manufacturing facility by a further 45,000 sq ft.

VistaMed, which was founded in 1999, attributed its  expansion plans  to    increased demand in the global medical device market.

The medical devices sector in Ireland has grown steadily over the last two decades with almost 27,000 people now employed in the industry.

Jobs Minister Mary Mitchell O'Connor visted VistaMed on Monday and saud the announcement was indicative of the ongoing upturn in the wider economy.

“Today we see the evidence that a rural county such as Leitrim can be home to successful international companies like VistaMed and can provide them with the community, infrastructure and resources that they need to thrive and grow," she said.