Caroline does Longford proud in the Dome 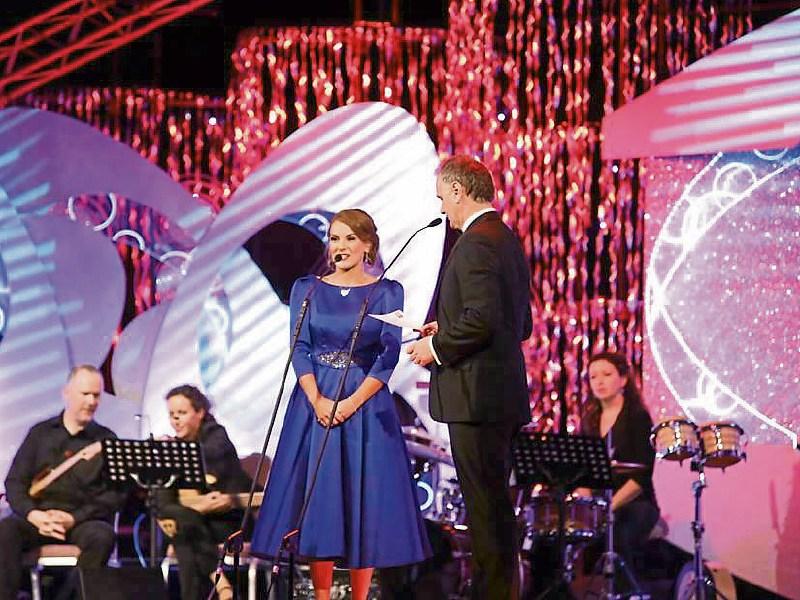 While she may not have won the competition, Longford Rose Caroline Doyle certainly won the hearts of thousands of Rose of Tralee viewers last night.

Lanesboro native Caroline garnered numerous positive messages and tweets when she appeared on the second of two live selection nights on RTÉ, with many even likening her to iconic singer and actress Maureen O’Hara.

While many of her fans watched on from home, Caroline also had huge support in Tralee, as she explained to host Dáithí Ó’Sé; “I have my wonderful family, I have some friends, I have the in-laws, the boyfriend, and my very special guest, who is my nephew James, he’s four so he’s made the trip down now, he’s very excited.

“I’m so appreciative of them all coming down,” Caroline added, going on to pay tribute to her “inspiration”, her mother Miriam.

“If I’m half the woman she is, I’ll be very proud,” she told the audience.

Set to start teaching Maths in Ardscoil Phádraig, Granard this Friday, Caroline spoke at length about her own education, particularly her trip to Bosnia Herzegovina as part of her Master’s degree.

She was also keen to highlight Longford as a tourist destination, revealing; “I’m trying to recruit all my fellow Rose sisters and the lovely escorts to take a trip to Longford!”

A member of the Killashee Ladies football team, Caroline then took the opportunity to show off her skills in another sport - kickboxing.

“I am the first Rose I think to ever beat up Dáithí live in the Dome so I'm very excited about this,” she laughed.

In the end, it was Chicago Rose Maggie McEldowney who earned the title of 2016 Rose of Tralee, taking over the mantle from 2015 Meath Rose Elysha Brennan.