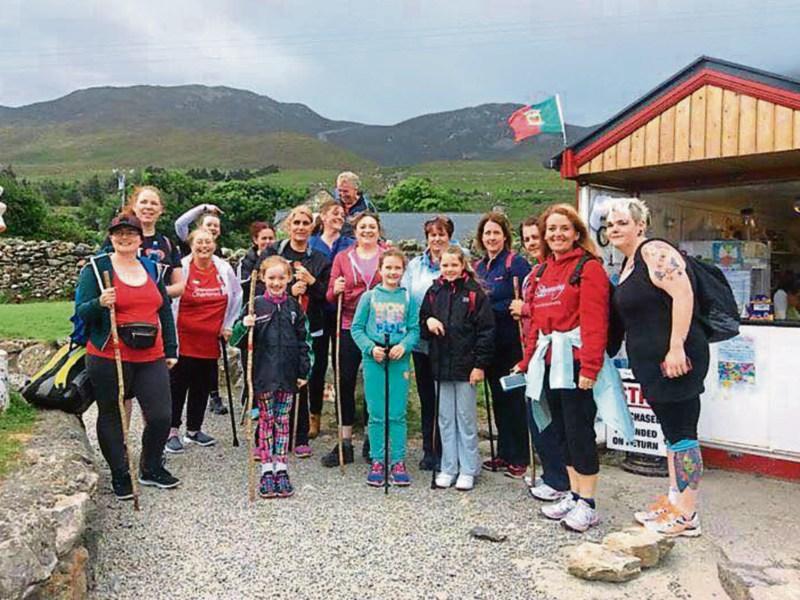 Slimmers from Longford  who have lost 63 stone between them have raised €1,372 so far (and still collecting) for the Marie Keating Foundation after they laced up their trainers and swapped their usual meeting place of the Temperance Hall to climb Croagh Patrick, to hold their own Steps for SMILES event on Sunday, August 7.

Before joining Slimming World, many of the slimmers did very little, but after getting support to become more active, the Longford group and Slimming World Consultant Siobhan Brier all managed to complete the climb with big smiles on their faces.

The group also invited their friends and family members to join in. The event saw around 35 people take part whilst all their fellow members and friends sponsored them in support. The annual  Slimming World event aims  to raise awareness of how keeping a healthy weight can improve health, including reducing the risk of developing cancer, and raise vital funds for the Marie Keating Foundation.

The Longford group’s climb was part of a wider national event running across all Slimming World groups in Ireland and the UK with each group choosing their own activity... walking, zumba, cycling to name a few.

Siobhan, who runs the Longford Slimming World groups every week in the Temperance Hall, says her members thoroughly enjoyed taking part in Steps for SMILES.

She says: "It was a fantastic event – the atmosphere was electric! Everyone was so supportive of each other, just as they are whenever my group gets together, and we saw young, old, male and female participants take part, all with a broad range of abilities and fitness levels.

“ Just as we do in our weekly group we supported each other and kept each other positive as the climb is difficult and certainly a test. We were tested to the limit on August 7 too as the wind and driving rain made the conditions so very difficult

“ I am so very proud of every single member that joined me... and the sense of achievement when we got to the top was amazing.

“In particular for those members that have already achieved so much in their weightloss and could never have imagined their ability to do this when they 1st started off in their weight loss journey.”