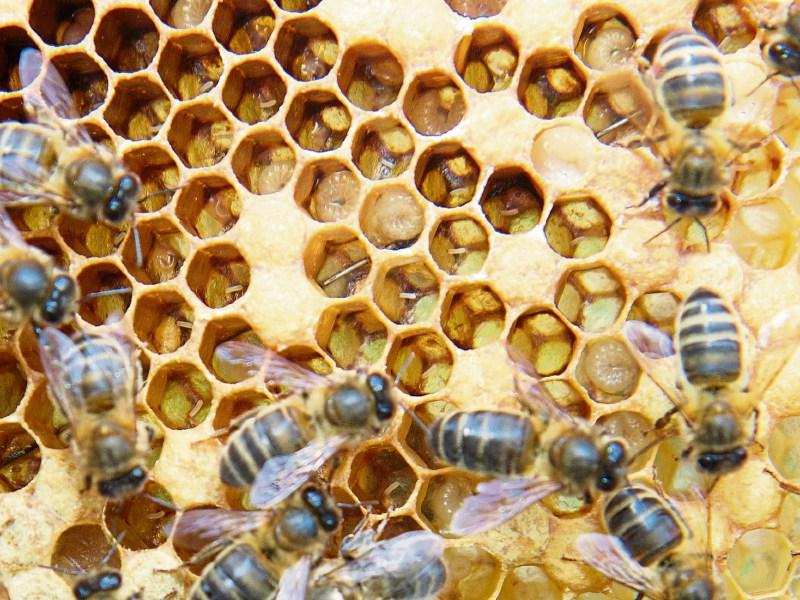 Founded in 1995 with the aim of fostering and promoting beekeeping in the county, the Longford Beekeepers Association intend to adhere to that aim by offering a beginners’ beekeeping course.

The course will begin with a talk by John Donoghue on the occupants of the hive, while other topics including beekeeping equipment, bee health and managing your colony in Spring and Summer, will be approached. Participants will also get a chance to visit the association’s apiary  for practical experience.

So why take up beekeeping? Well, according to self-professed ‘novice’ Dónal Mac Aodh, it’s an addictive pastime.

“The Longford Beekeeping group has a meeting on the third Monday of every month in the Teagasc Centre, and when I started getting into bees I thought I should go to a few meetings first anyway,” he said.

Dónal attended his first meeting last Autumn and this April, he invested in hives of his own. His reasons for getting involved are simple; his father had bees when he was a young child and it was something he always saw himself getting involved in. The other reason is environmental.

“It’s sort of an addiction now at this stage because you get very attached to the bees and protective of them,” he laughed.

Dónal was quick to praise the association and its  knowledgable members, some of whom attended the first European Bee and Pollination week in Brussels in 2012. There, they got an insight into the problems bees and pollinators from all over Europe are facing.

Aside from the environmental benefits, it's a pursuit that Dónal highly recommends, and one which is not time consuming.

“It’s a really interesting thing to become involved in and you don’t need a degree in horticulture or in agriculture to work with them,” he revealed. “While it might seem daunting at the beginning it’s not and there’s great support.”

The course   costs just €50, which includes membership of the Association. Members are affiliated to the Federation of Irish Beekeepers Associations and are covered by the Federation’s insurance policy when they keep bees and produce honey. There is an added cost of €20 if you decide to sit the Federation’s Preliminary exam in beekeeping in April 2017.

For more information, newcomers are welcome to attend meetings on the monthly meetings or the monthly study group on the first Monday of every month.