Longford People of the Year awards make a welcome return 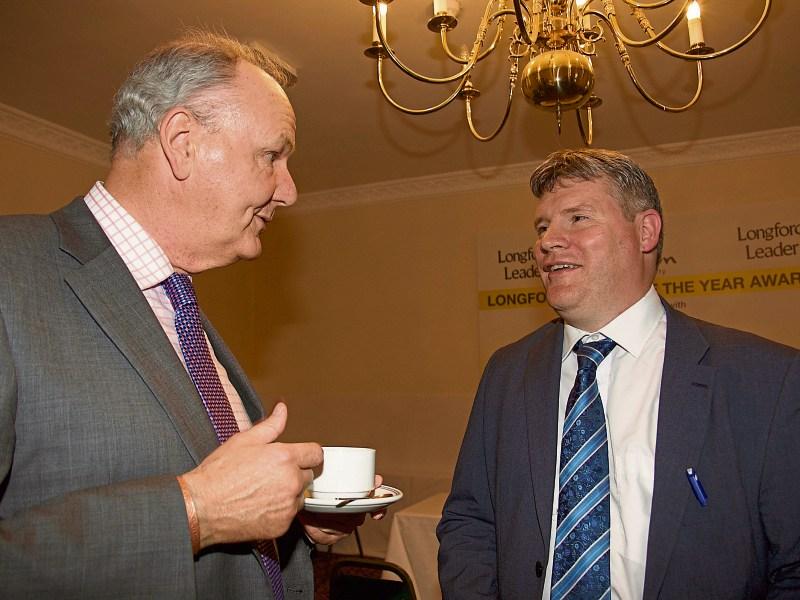 There was an enthusiastic turnout for the re-launch of the Kiernan Structural Steel sponsored Longford People of the Year awards. The event is also backed by the Longford Leader and makes a welcome return after a number of years.

Indeed it is fitting that the awards return this year as this is the 40th anniversary of when the awards were first ran in the county.

Back now in a new guise, the awards set out to recognise the best of Longford and in doing so, will raise some much needed funds for Midlands Simon, who are tireless campaigners for the homeless.

The project is being pioneered by Simon Community fundraiser and Edgeworthstown native, Noel Greene.

He explained that the awards and the very successful ‘Sleep out for Simon in Connolly Barracks’ earlier this year, are the two big fundraising events for the agency working with the homeless.

Ballinamuck woman, Tess Murphy, is the chairperson of  Midlands Simon, and she paid tribute to the support and generosity of the people of Longford.

“Sadly homelessness can take many guises today and whilst we usually associate the problem with large urban centres, it is important to note that as many as forty people have presented themselves as homeless to Longford County Council this year.”

Also in attendance at the launch was Tony O'Riordan, CEO of Midlands Simon.

He stressed how important  the support of the public is to Simon in the battle to counter homeslessness and provide the structures and supports necessary to support people on an ongoing basis.

All in attendance were delighted to learn that a recent audit of the various homelessness agencies confirmed that Midlands Simon are getting the best value from the money they receive from both the State and the general public.

Frank Kiernan of Kiernan Structure Steel Ltd (KSSL) said his company were delighted to be associated with the awards and he said there was an onus on business to help support the marginalised and disadvantaged.

Mr Kiernan said he and all at KSSL will do everything possible to ensure that the awards are a success.

Managing Director of the Longford Leader, Joe Flaherty, said that the paper is delighted to partner with Simon for the awards.

He told the gathering: “Now  more than even we need to recognise the people front and centre of the local community who are championing causes and projects for the greater good of Co Longford.”

It will now be over to the public to nominate their choices for the People of the Year awards and they can do so by completing the coupon that is featured elsewhere in this week’s Leader.

The paper will also carry the coupon for the next few weeks and right up to the closing date for nominations.

The Awards will take centre stage at a gala dinner in the Longford Arms Hotel on Friday, October 14.

Tickets for the event will cost €40 each and music will be from the ever popular Padraig Farrell  & Fanfare.