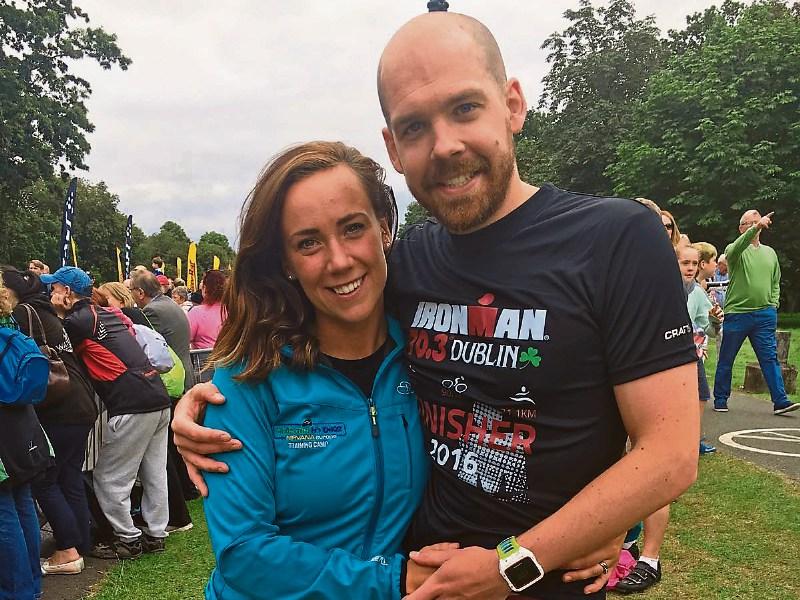 Travelling to Australia on holiday would be ideal for most couples, but for one Longford husband and wife an upcoming round the world trip to compete in the Ironman 70.3 World Championships is a dream come true.

Having both qualified for the prestigious Ironman 70.3 World Championships in Queensland, Ardagh based David and Ciara Sheridan are gearing up for the trip of a lifetime.

An Ironman 70.3, otherwise known as a 'half Ironman', involves a 1.9km swim, a 90km cycle followed by a half marathon; a fantastic achievement for anyone to complete. The World Championships are strictly qualifier only; not open for entry.

Ciara qualified for her slot last August, having finished the Dublin half Ironman in a time of 5 hours 42 minutes, something she's aiming to improve this time round.

Qualifying isn't something she ever imagined, but is very excited about saying “I definitely wasn't expecting to qualify as I was twelfth in my category but I was lucky enough to get a roll down, allowing me to accept the place.”

David has also qualified for the 2017 Ironman 70.3 World Championships in Tennessee having come third in his category in the Dublin race last week. He had not previously anticipated qualifying for the 2016 event.

Ciara explained: “David qualified while racing in Aix en Provence earlier this year. He was hoping to qualify as I was already racing but we didn't expect it. He's delighted to be racing, he doesn't really like standing on the sidelines being a cheerleader” she laughed.

The Ship my Tri Bike owners were set to travel to Australia last week, with the race taking place on September 4.