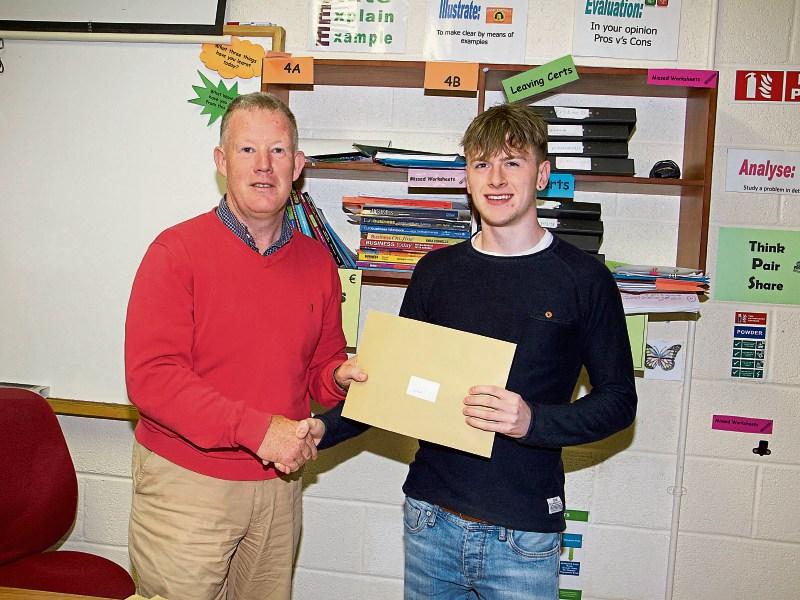 “Thanks be to God the long wait is over.”

The words of Meán Scoil Mhuire’s Deputy Principal, Mairéad Lyons were echoed by her counterparts across the county last Wednesday, as pupils collected their Leaving Certificate Results.

Both Ms Lyons and former Principal Paul Costello pointed out that the girls’ hard work had paid off with excellent results.

“They’re happy, so I’d say the results are as good as ever,” remarked Mr Costello.

The results in St Mel’s College were “very solid” according to Principal Declan Rowley, who added; “It seems to be that they’re all achieving their potential and that’s what’s important.”

“Everybody seems to have got on well,” said Moira Mahon, Principal of Cnoc Mhuire, as she  wished the class the very best in their futures and paid tribute to the teachers who were present in the school on the morning.

A thrilled Templemichael College Principal Sorcha Nic Dhonnacha also praised her teachers for the effort they’ve put in over the past number of months and years.

“French was excellent and we’d a good result in Maths. The students did very well, we were delighted.”

“All has gone very well and I’d like to congratulate the students and their parents and teachers. Across the board we had a good spread of results.”

Principal of Ardscoil Phádraig Gareth Buckley, who is returning after a year to take over from Acting Principal Bríd Nevin, admitted that there were more and more people taking on Higher Level papers in the core subjects, with great success.

With Maths causing a lot of worry nationwide, it seems that Longford bucked that trend, with a number of the Principals reporting excellent results in Higher and Ordinary Level Maths.

Ms Johnston said she was extremely pleased with the Maths results, while Principal of Moyne CS, Des Cullen reported that one sixth of the year completed the Higher Level exam and performed extremely well.

“We’re very, very pleased with the whole lot of them,” he pointed out. “Nobody has done a bad Leaving Cert.”

It seemed to have been a great results all round for the school, as he added; “We had a fantastic day - we had our highest ever points!”

The hype is over for another year, and it brought with it, as it usually does, plenty of joy and some disappointment. But, as Cnoc Mhuire Principal Moira Mahon pointed out to the class 2016;  “You are a success - you’ve got this far so you are certainly a success.”