Mossy stands up for Longford after 'miserable' claims 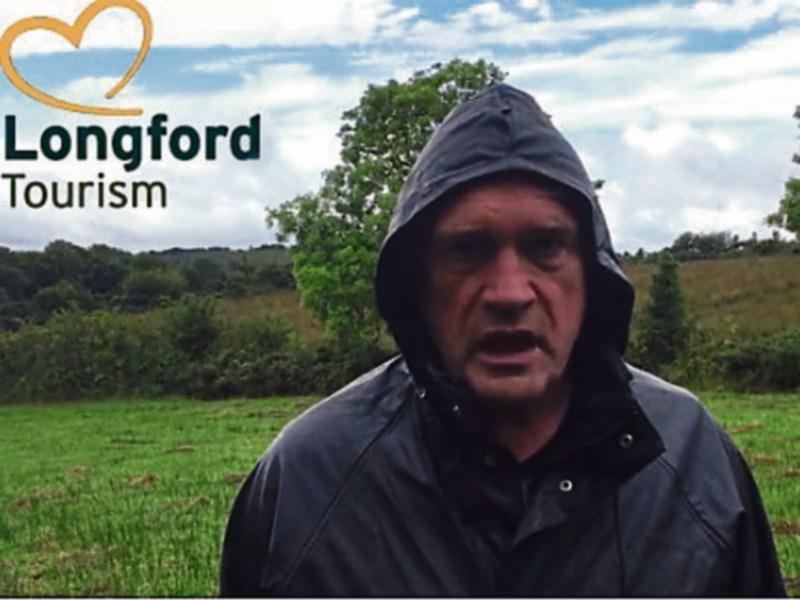 It has been hailed as the ultimate marketing coup but it turns out that Longford Tourism were unaware of a video promoting Longford that has taken the internet by storm. Notching up over 115,000 views, the video features “local man” Mossy Flood who leaves us under no illusion about how much fun it is to live in Longford.

The recent Census of the Heart portrayed Longford people as a miserable bunch. However Mossy decided to hit back with an hilarious tell-all video,  demonstrating that Longford people are so much fun that we even have fun at Mass!

Standing in a field,  Mossy laughed as he recounted the time a wasp flew into the chapel and frightened poor Mrs Mahon.

Speaking to the Longford Leader, Mossy - aka renowned actor, writer and director Seamus O'Rourke -  dismissed claims that  Longford is a miserable place, saying; “anyone I know from Longford is very positive and great fun”.

Hailing from Leitrim, but sympathising with Longford, he continued: “I was baffled to see the survey, as I know the good people of Longford wouldn't be that miserable. Rather than get defensive, it's better to prove just how much craic we are.”

With thousands of  views, the video has proven to be a hit with many now wanting to visit Longford, and they “also want to go to Mass, for the craic,” Seamus added.

“Everyone is smitten by this wasp, and you wouldn't believe the amount of people saying they want to go to Longford,” he revealed.

When asked how Mrs Mahon was feeling about going viral, “Mossy” laughed, concluding: “'I don't think Mrs Mahon is on Facebook, she will be stuck in her prayer book instead. There's no broadband where she lives so the chances are she won't see it.”

The video was created in response to last week’s Census of the Heart, an online survey, which found that respondents from County Longford ranked lowest in a number of domains, including  feeling positive about life, feeling empowered to bring change and  feeling safe or happy in their homes.

Over 11,000 respondents filled in the survey but it is not known exactly how many people from Longford  took part.  Survey organisers had not responded to the Leader’s queries at the time of going to press.

Meanwhile, a representative for Longford Tourism admitted that the video had nothing to do with them but many people think it’s  the greatest thing to happen tourism in Longford since Center Parcs first announced plans to come to Ballymahon.

What Mossy Flood will make of Center Parcs remains to be seen….

Meanwhile, Seamus O'Rourke will appear in the Backstage Theatre on September 29 and 30 with his show 'Danger Money'.