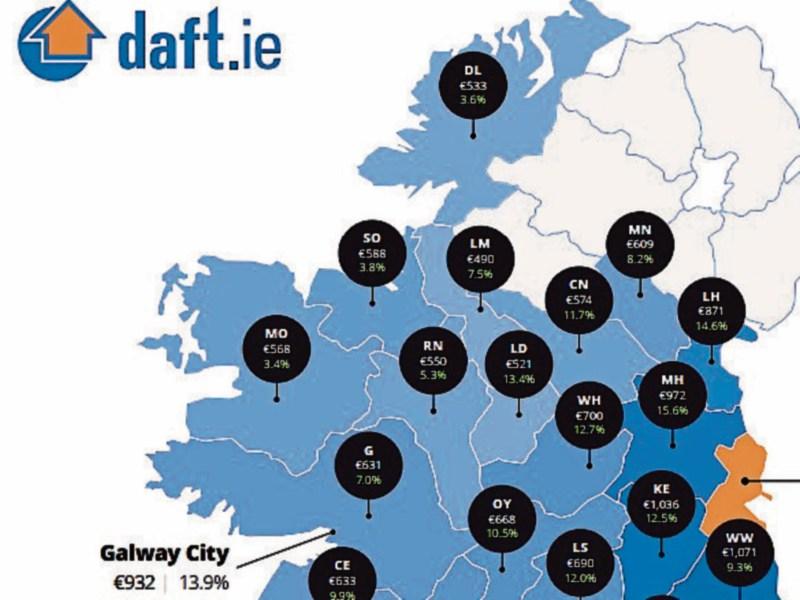 According to the latest quarterly Rental Report by Daft.ie, rents in Longford were on average 13.4% higher in the second quarter of 2016 than a year previously. DAFT says that the  average advertised rent is now €521, up 29% from their lowest point.

However, on Monday of this week, there were just 16 properties available to rent on Daft.ie in Longford which would indicate a shortage of rental property in the county.

Commenting on the report, Ronan Lyons, economist at TCD and author of the DaftReport, said: “Ahead of a new academic year, the latest figures highlight the severe shortage of accommodation for students. While a large number of purpose-built student apartments are either being built or are planned, these will take time to come on stream and will only cater for those on higher incomes. The majority of students will face tough choices about where to study and where to live.”