Longford marathon to host the Streets of Longford 5k this weekend 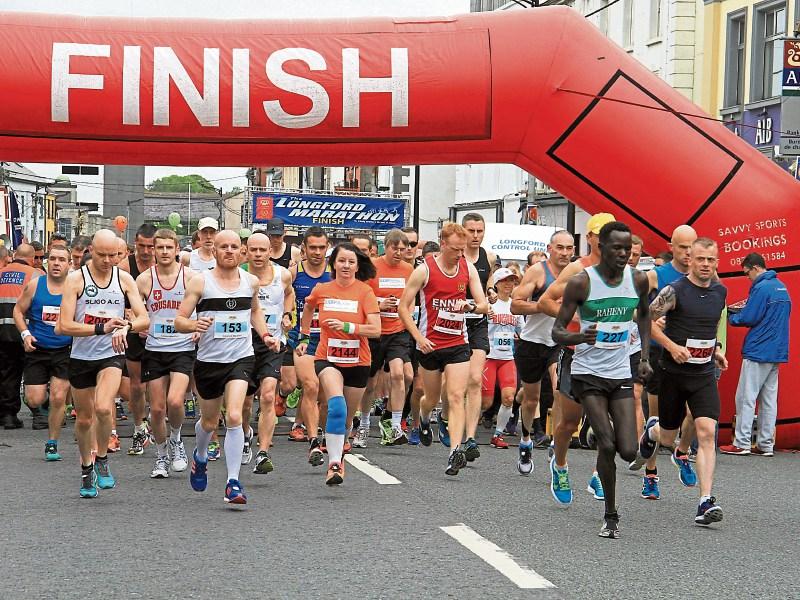 A five kilometre run has been added to the calendar of events at this year's Pat the Baker Longford Marathon.

This locally-focused event aims to get the spectators off the sidelines by opening the race day to all abilities.

The 'Streets of Longford 5k' is an integral element of this year's marathon, affording athletes who have not progressed to long distance running an opportunity to take part.

Speaking to the Longford Leader, race organiser Fiona Fenelon emphasised the all-inclusive aspect of the race; “It's to give more people an option to join in on the day, without having to do months of training.”

She confirmed that the committee have taken feedback on board from members of the public who have asked for more distances to be included.

While the half and full marathon is only open to those aged 18 and over, the 5k run is open to anyone over the age of 16.

Not only is the shorter distance more inclusive, but it also promotes the town of Longford as a tourist destination in the heart of the Irish midlands.

“It's our way of giving people a real feel for Longford”, said Fiona. “We measured the course and specified that it's around Longford town only, not going passed the outskirts. Hence being called the Streets of Longford 5k'.”

The race is getting further promotion as Dublin City Marathon is now officially closed, and Longford Marathon is being recommended as the alternative, something which Fiona was delighted to divulge.

Businesses, families and individuals are all being encouraged to sign up for what promises to be a fun, community event.

Entry is €15, with the first 100 participants getting a t-shirt.

Everyone who enters will get a goodie bag and refreshments. Entry is open on longfordmarathon.com.