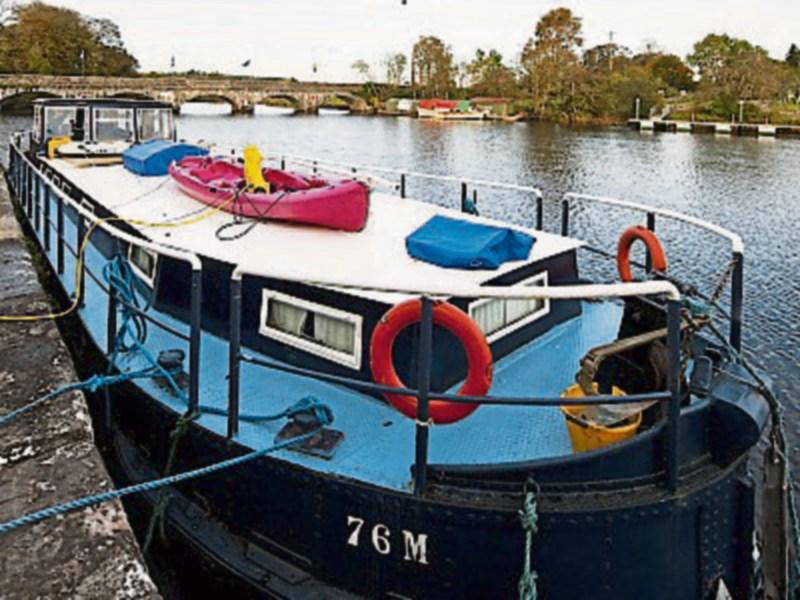 A number of Heritage Barges from all over Ireland will converge on Richmond Harbour in Clondra next weekend as part of the Heritage Boats Association Heritage Week celebrations.

Many of these barges date from the start of the century, having plied their trade on Ireland’s Inland Waterways transporting goods and people before the advent of the railways.

One such Heritage Barge that will be making the journey up to Richmond Harbour from its new base in Lanesboro/Ballyleague will be  the Fox 113B.

This barge was constructed in Dublin in 1937 for the Hughes Brothers from Athy to carry goods and supplies to and from Dublin to Athy and as far as New Ross in County Wexford and measures over 60’ long and weighs approximately 40 tons.

Just over two years ago, the 12th Roscommon “Ballyboro” Scout Troop, which is based  in Lanesboro/Ballyleague, and Lough Keel Scout County, secured a licence agreement with Waterways Ireland for the Fox 113B, and the Barge was brought up to its new home at Hanly’s Marina in Ballyleague for major refurbishment works which are nearing completion.

The barge will be officially launched  next year and will  be used primarily by Scouts for related water activities on both the new Shannon Blueway and other Inland Waterways.

Funding for this project was secured through the Heritage Council and the Department of Transport, Tourism and Sport.