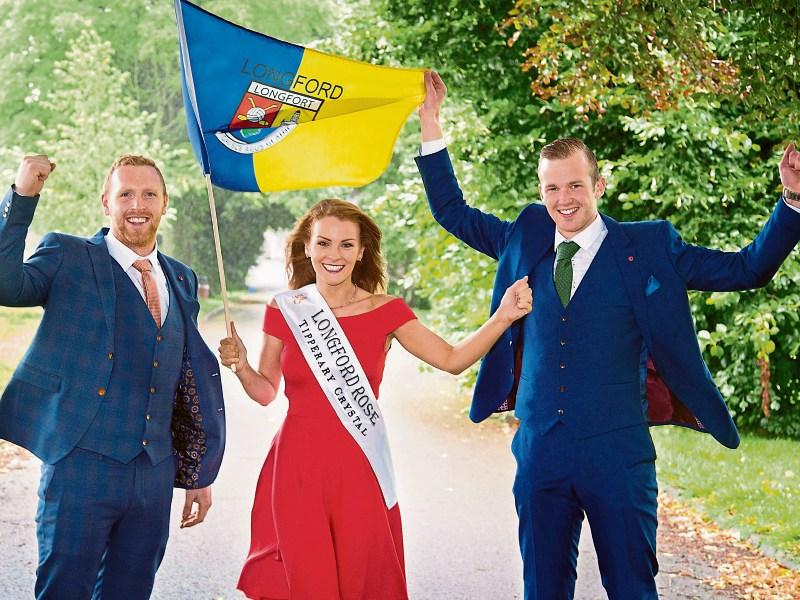 It’s been a busy week so far for our Longford Rose, who began her Tralee journey in earnest on Friday last as she joined her counterparts from all over the world on the Rose tour.

Having so far explored some of what Dublin has to offer, including the Guinness Storehouse and the Ambassador Theatre’s 1916 exhibition, 2016 Longford Rose Caroline Doyle travelled down to Tralee, where the first of two qualifier nights took place in the Dome last night, Wednesday.

Caroline, who has been flying the flag for Longford since earning the sash in April, will take to the stage tonight, Thursday, August 18 with host, Dáithí Ó’Sé. The county will then wait with baited breath until Sunday morning, when the Lanesboro native will find out whether or not she has qualified for the televised finals on Monday and Tuesday, August 22 and 23.

“Fingers crossed, I will be chosen,” Caroline wrote in her ‘Rose Diary’, “but if not I will strive to continue to represent my county in the best possible light and to embrace the role of the Longford Rose”.

It's a role that she has certainly taken on with enthusiasm already, despite her surprise at earning the title.

“I never thought in my wildest dreams that I would become the 2016 Longford Rose. It is an unbelievable feeling to be selected to represent Longford for all its talent, beauty and community spirit.”

Speaking in her Rose diary about the events she has attended throughout the county over the past few months - including fundraisers, festivals and flag-raising ceremonies - she also acknowledged the support she has received from the public.

“People in my hometown of Lanesboro and across county Longford have been so supportive and encouraging,” she said.

Meanwhile, two Longford men joined the escorts in Tralee on Tuesday, for what is expected to be a busy, but unforgettable few days.

Jamie Carroll, a native of Edgeworthstown, and Liam Halpin, who lives on the border of Killoe and Clonguish, were both chosen as escorts and were due to meet the Roses on Tuesday night.

Speaking to the Leader before setting off, Liam admitted; “The preparation is going well, I’m nearly there now!”

Pointing out that the escorts were to be assigned to their first Roses on Tuesday, Liam explained that they will be rotating to work with a different Rose at the weekend, ahead of the televised selection nights.

“I’m all excited,” he grinned. “I’m looking forward to it now. It came about fairly quick!”