Roscommon teens row in behind charity 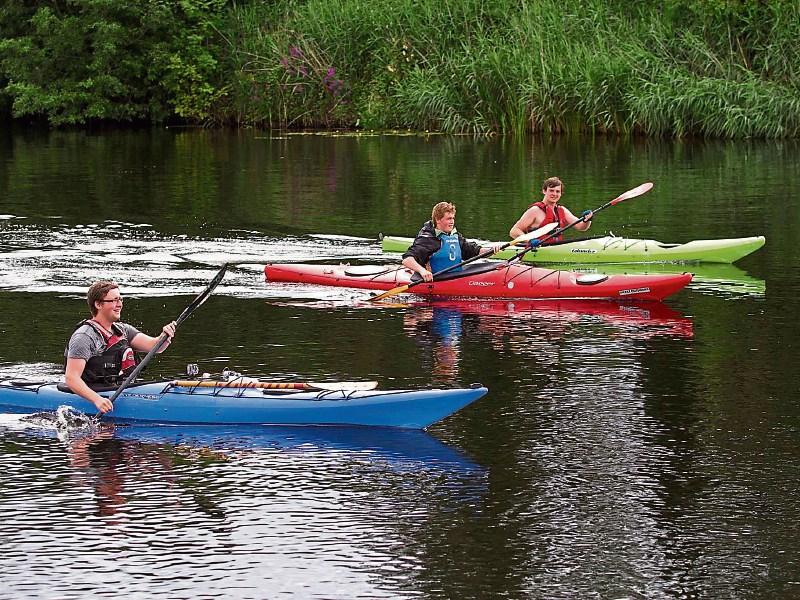 Conor Rogers from Rooskey and his friends Arron Cribbon from Kilteevan and David Madden from Derrane kayaked from Dublin to Rooskey over three days.

Conor explained; “We started off in Dublin on day one and left Rooskey about 5am. We packed up everything and we headed up and started off at 8am.”

The team, which included John Meehan and Gen Rondeaux who followed the boys in a safety boat, stayed the first night in May Lynch’s in Kinnegad before setting off on day two  of the challenge at 8.30am.

“Mullingar was the only major town we went through,” Conor said, adding that they also got to take in the sights of Abbeyshrule before stopping off to stay in Ballymahon overnight.

On Sunday, July 31, the team set off for their final day and, despite hitting strong head winds at Lough Forbes, reached Rooskey well ahead of schedule.

“Fisherboats and a cruiser came down to meet us halfway between Lough Forbes and Rooskey,” Conor smiled.

Upon their arrival at Rooskey, the trio were greeted by an enthusiastic crowd with a banner along the bridge.

Thrilled with how they fared and expecting to reach their €3,000 fundraising goal, Conor, who has only been kayaking for little over a year, admitted that their biggest challenge was staying “mentally motivated and strong”.

“It was lovely to do it with friends though,” he said. “It made it a lot easier.”

Thanking John and Gen for accompanying them on the adventure, as well as to all those who offered support, sponsorship and donations in person or online, Conor revealed that the trio are already looking towards their next waterways adventure.

“The Shannon is becoming a bit more of a thought in our minds now,” Conor grinned.