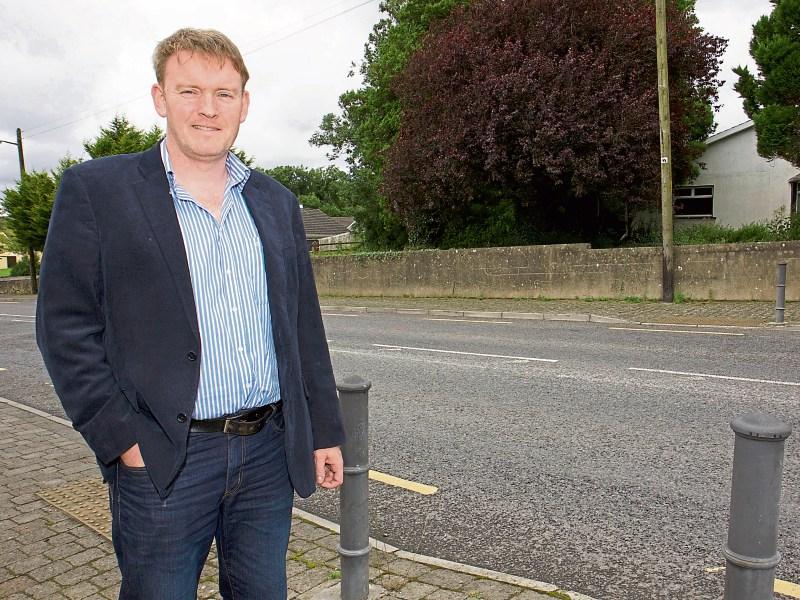 A pedestrian crossing needs to be provided in the village of Ballinalee.

That was the clear message from Cathaoirleach of Granard Municipal District, Cllr Micheál Carrigy (FG) who said that without one, locals feared serious injury or loss of life in the area.

“This issue is staying on the agenda until it gets done,” a determined Cllr Carrigy told members.

“I’m pushing for this for the last seven years and am extremely disappointed that it wasn’t even considered in this year’s road plans.

“It’s a busy road and traffic is an issue, so I’m not giving up.”

Cllr Carrigy went on to point out that a pedestrian crossing was vital in the village and said he did not want to see a situation arise where an elderly person or small child was injured or even killed because there was no crossing in place.

Director of Services, Longford Co Council, John Brannigan told Cllr Carrigy that it might be necessary for both men to meet so that the matter could be discussed further.

“Obviously there are various aspects to be looked at with regard to pedestrian crossings,” he added.

“The fact that there is a crossroads close to the area marked out for one in Ballinalee is also an obstacle, but we can examine the situation more closely and if it is appropriate, then we will see what we can do.”