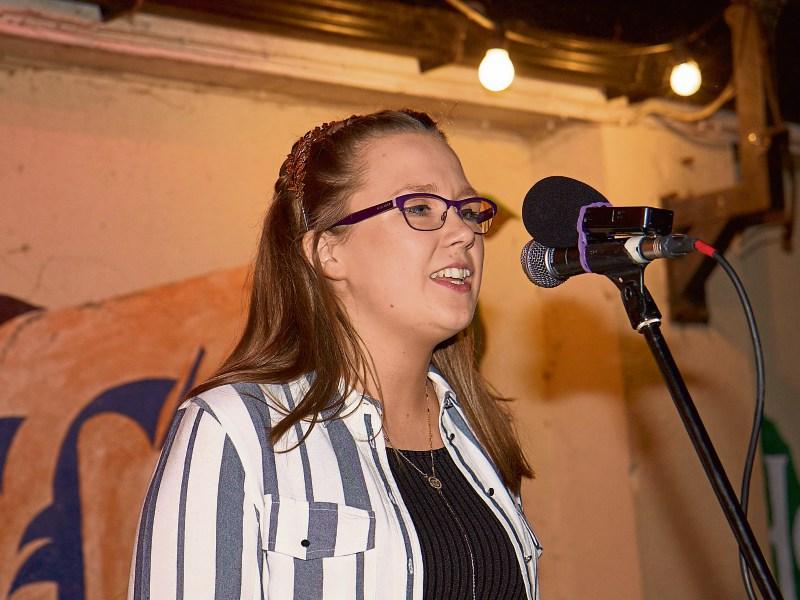 The future is looking bright for up-and-coming singer/songwriter/musician Katie Gallagher.

Within months of creating a Facebook page dedicated to her music, the 19-year-old had signed to Downda Road Productions and is now looking towards her first official release.

Of course, many people in Longford will already recognise Katie.

A native of Ballymahon and the daughter of Jo and Tommy Gallagher, Katie performed at many school events in her days at Mercy Secondary School Ballymahon where, in Transition Year, she performed an original song in public for the first time.

Her love of music began long before that, however.

“I started playing piano when I was five and guitar when I was ten - but you'd think it was the other way around sometimes,” Katie joked, before admitting; “Guitar was always the one I wanted to do.”

When asked about her singing, she laughed; “I'm wrecking everyone's heads since I could talk with my singing!”

Having performed her solo material in front of her schoolmates (and not beeing 'booed', she points out) Katie was encouraged to keep writing and she later went on to write the title track for a panto performed by  Backstage Youth Theatre, of which she was a member at the time.

Ahead of the show, Katie was invited to perform the song on Shannonside Radio, and she was keen to acknowledge the station and in particular, Charlie McGettigan and Benny O'Brien for their continued encouragement.

It was in her second semester of college that Katie decided to open an online page for her music. Now preparing to go into her second year in Music and Religion at the former Mater Dei College, now part of the new Dublin City University campus, Katie is also preparing for her debut release thanks to friends and fans all over the country who shared her songs.

“I didn't think it was going to go as well as it did,” she admitted. “I couldn't believe it when Mike from Downda Road Productions was ringing me - I honestly thought it was a joke because that doesn't really happen.

“So far we've done a bit of studio time and I have two videos up on YouTube.

“We're working on the debut release now whether it's an EP, mini-album or album, we're working like there's no tomorrow!”

The focus for now, however, is on building up her experience in live performance and Katie is throwing herself wholeheartedly into the task, with a number of gigs all over the country in the coming weeks.

Thanking John and Elaine Nally (her employers) for their patience as well as her family and friends, Katie shared her dream for her music, which is, in short, to enjoy it.

“I'll go as far as I'm let. It would be brilliant to make a career out of it but I'm under no illusions.

Then if it doesn't work out, I can at least say I enjoyed it when I was here!”