Center Parcs Longford Forest will 'change the face of Ballymahon' 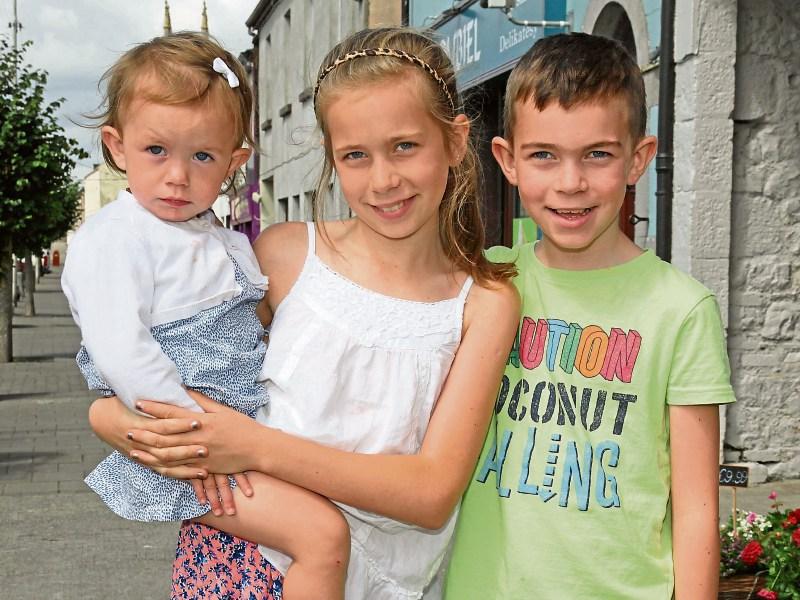 The atmosphere in Ballymahon was extremely positive on Friday last, as the Leader popped out to hear the community’s views on the Center Parcs Longford Forest development.

The sun was shining and there were several holiday-makers already bustling around the town when we spoke to Helen, Freya, Mia and Ryan Kennedy.

“I think it’s fabulous for Ballymahon,” Eddie Mills enthused. “It’s magnificent. It’s going to bring a lot of money to Ballymahon and the surrounding villages.”

Living in Ballymahon for the past four years, Eddie said he was “delighted” when he heard that An Bord Pleanála had granted planning permission and he added; “It’s right in the middle of Ireland, so it’s easy for everyone to get to.”

Peter Wood, who has lived in Ballymahon for the past twenty-five years, was likewise optimistic about the development.

“Just think of all the jobs!” he exclaimed. “Permanent staff - and where are they going to live? Ballymahon.”

Admitting that he had never harboured any reservations about the project, Peter said; “I can’t see anything detrimental about it, I really can’t”.

John Plummer believes that the development will bring great prosperity to the area, while Gemma Stroud hopes that it will help to keep the county’s young people at home.

“Some people don’t like change but this would be good for the town and the whole area,” she continued.

“I think it will change the face of Ballymahon, I don’t think people know how much, but in a good sense,” agreed Linda Regan, who owns a business in the area. Meanwhile Carol McCann revealed that she was feeling very positive about the Longford Forest.

“It’s a good injection for everyone living here,” she smiled, before pointing out that it might encourage Center Parcs customers to explore the “well kept secrets” that the rest of the county and region hold.