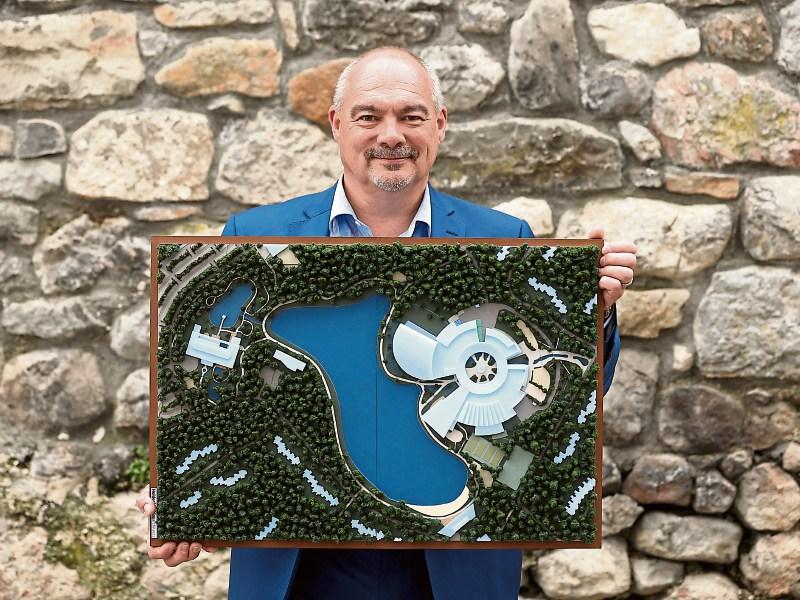 Construction on the €233m Center Parcs Longford Forest holiday village at Newcastle Wood near Ballymahon will begin in earnest in Spring 2017.

Longford’s tourism and economic future looks set to be transformed after An Bord Pleanála granted the go ahead for the development with 21 conditions attached.

“It is fantastic news, for Center Parcs, Longford and the surrounding midlands area. We are totally over the moon,” enthused Center Parcs UK CEO Martin Dalby.

He emphasised that the expectation of a 2019 opening for Center Parcs Longford Forest remains their focus.

“We are absolutely confident there is nothing there (among the planning conditions) that gives us cause for concern. The original planning consent that Longford County Council issued contained the same conditions so we have been well aware of the detail,” outlined Mr Dalby.

The next step in the project is to complete the design and move on with the procurement process. “We’ll start by holding meetings with potential Irish contractors and people passing the site will notice some trees being felled as we create access roads. So there will be activity, low level albeit, in the next few weeks. The main construction effort will begin in Spring 2017,” revealed Mr Dalby.

He added, “We are committed to working with as many local people as we possibly can. Clearly, the main contractor will have to be a very big company because this a €233m project, so it is not the little guy down the road who builds a few houses. This is a massive scheme, however, a lot of sub contractors can potentially be local businesses and we will do everything in our gift to make that possible.”

Mr Dalby suggested that the Brexit vote had no relevance whatsoever to this investment by Center Parcs.

“We see this very much as a long term investment in Ireland. Brexit is no issue at all. We have already spent a number of millions of pounds on the whole design and planning process. I am happy to say that we are totally committed to this project.”

Thanking the people of Longford for their support and positivity, Mr Dalby said the Center Parcs team are already planning a number of further visits to Ballymahon to engage with the community, by way of a community forum.

With 750 jobs to be created during construction of Center Parcs Longford Forest and 1,000 permanent jobs when it opens, Mr Dalby outlined that there will a massive opportunity for young local people to gain employment. Between 30 and 40% of the Center Parcs workforce in their UK operation ‘is typically under 24’ and the CEO said, “We take people straight from school, we take people from colleges and we take people off the unemployment register.”

Mr Dalby pointed out that there has been ‘a lot of engagement’ with local colleges in regard to training courses for potential  employees.

Keen to stress that Center Parcs specialise in short breaks, Mr Dalby said the price band is massive with various options. “The average price for a two bedroom woodland lodge for a midweek stay in the UK would be £300 or so; and that puts it into the affordable box.”

He concluded, “We did quite a lot of research before we took the plunge. We had focus groups in Dublin, Cork and other places. We’ve done a lot of analysis and  we’re confident  this will be a success. Our target market is families basically - this is a family offering and given that it is a high quality short break proposition then we expect the average customer coming to Center Parcs will be from middle class bracket.”