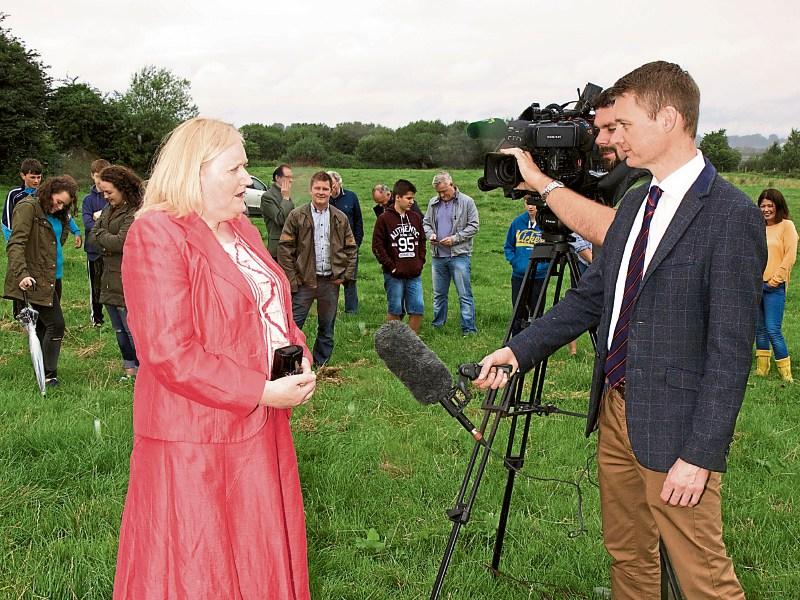 The news last week that Hillary Clinton’s running mate, Tim Kaine has roots in Killashee was met with great excitement in south Longford.

This week, Tim’s fourth cousin Marie Farrell speaks to the Leader about her links to the family and her hopes that the potential future Vice President of the United States of America will come home to visit her, and the homestead “after he is elected”.

Marie has already contacted the American politician via email and sent a personal letter to him as recently as last week.

“I’m really looking forward to him responding to my letter,” she smiled.  “It would be so nice to receive a letter from him in his own handwriting.”

As highlighted in last week’s Leader, Tim Kaine is a descendant of the ‘Farrells of the Crevice’, a family who lived at Derryadd in Killashee.

The Farrells of the Crevice and Marie’s father’s family were connected - their great grandfathers were brothers.

“One stayed at home and reared his family, the other went to America,” she said.

The man who left appears to be PJ Farrell who went to America at the age of four with a number of his siblings, and who later became Tim Kaine’s great grandfather.

Marie’s father was the late John Tom Farrell and her grandfather was Thomas Farrell.

“I think that I am the nearest relative on the Farrell side to Tim Kaine,” said Marie before pointing out that she is beginning an investigation into her family tree this week, such is her interest since her distant relative, Tim Kaine emerged in news headlines across the world.

“I’m a direct descendant and the only one left with the family name in the area now.”

In the 1990s Tim Kaine’s parents - Mary Kathleen (née Burns) and Albert Alexander Kaine - made a visit to Killashee and the old homestead at Derryadd.

Marie met them and was impressed by their kind nature.

“They called to my house here in Ballinamore, Killashee and they visited an aunt of mine Brigid Meleady (née Farrell) in Ballymahon as well.”

That same aunt later moved to the Manor Nursing Home in Edgeworthstown and when Tim Kaine visited with his wife and family in 2006, he paid Brigid a visit there.

Meanwhile, and with regards to the inauguration celebrations if  Hillary Clinton and Tim Kaine make it to the White House, Marie is certain that she will be on the VIP list!

“Well I would certainly be hoping for an invite to that,” she laughed, before adding that it was unbelievable to think that a man with local connections could potentially become the Vice President of the United States of America.

“I have written to him and I hope that he will visit Killashee when he becomes the Vice President.

“He told me in an email that he will visit, but it is the letter from him that I am looking forward to now!”