The late Frank Mulvey from Clondra was a warm, witty man who was devoted to his family 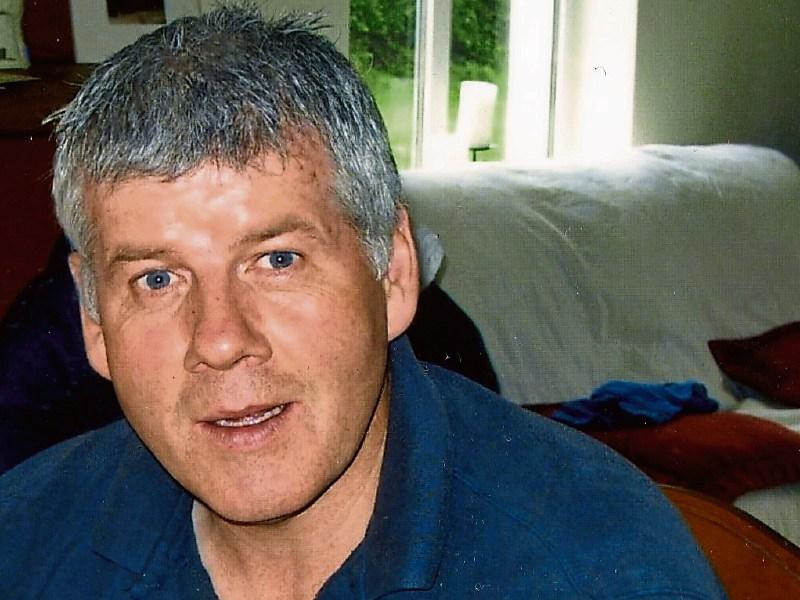 The death of Frank Mulvey, Clondra on Sunday, May 29 has left a void not just in his family circle but in the entire community of Clondra, where he was an integral part of local life.

Born September 11, 1962, Frank was the youngest child of Mary (Mylette) and Michael Mulvey. He spent his childhood and early teens at their home in Kilmore.

As a young man in the early 1980s Frank had a very keen interest in acting and partook in many stage performances for the Clondra Dramatic Society. Likewise, he was a very active member of Killashee Macra Na Feirme and Clonguish GAA Scór quiz teams. He was also a lifelong stalwart supporter of Longford Rugby Club. He had a reputation as a person with a sharp mind and even sharper wit, both of which subsequently served him well in business and family life.

In 1982, and at 18-years-old, he emigrated to London to work and train as a carpenter. On his return from England in 1991, he continued his carpentry trade and successfully set up his own carpentry business in 2000. Frank jokingly recalled that during his working career he worked in such diverse areas as Harrods department store in London to the Taoiseach's office at government buildings in Leinster House.

Frank married Sharon Foudy in 2003 and set up their home in Kilmore. The couple have two young sons Mike (11) and Luke (9). Without a doubt, Frank's greatest satisfaction in life was derived from his family. Nothing brought him more happiness than simply being a good husband and father.

In more recent times, Frank was deeply involved in all aspects of fundraising for the local national school in Clondra and was an active member of the parents’ association. In her appreciation to Frank Mulvey, Colette McManus, Principal of Clondra NS outlined the community’s loss.

“Frank was an inspiration throughout his illness. His good humour and positive attitude amazed those around him,” she explained.

“Frank never complained and always had a smile on his face. His last outing to our school was on March 15, Proclamation Day. He was beaming with pleasure when Mikie read the proclamation.”

He was, she noted, the first Chairperson of the Parents’ Association.

“He was our 'man with the van' and was the first person we called when things went wrong. He has been part of the 'door team' at the Christmas concert for the past seven years. He was a quiz buff and his knowledge was immense. He enjoyed the simple pleasure of being with his brothers at our table quizzes giving everybody else a run for their money.”

Frank had a quiet dignity as he faced his final months. He never lost his good humour or showed a moment of self-pity.

His ever-ready smile and jovial manner ensured Frank made lifelong friends which he steadfastly maintained and this was evident by the support he received from friends both old and new during his illness and the very large numbers who attended at Frank's home and Funeral Mass.

Frank was laid to rest in Ballymacormack cemetery after Funeral Mass in St Mel's Cathedral Longford on Wednesday, June 1,

Frank is predeceased by his mother Mary and his father Michael (Mike).

He is survived by his wife Sharon, sons Mikie and Luke, his sister Kathleen and brothers Michael, James and Thomas.

“At our noblest, we announce to the darkness that we will not be diminished by the brevity of our lives.” (Cormac McCarthy)