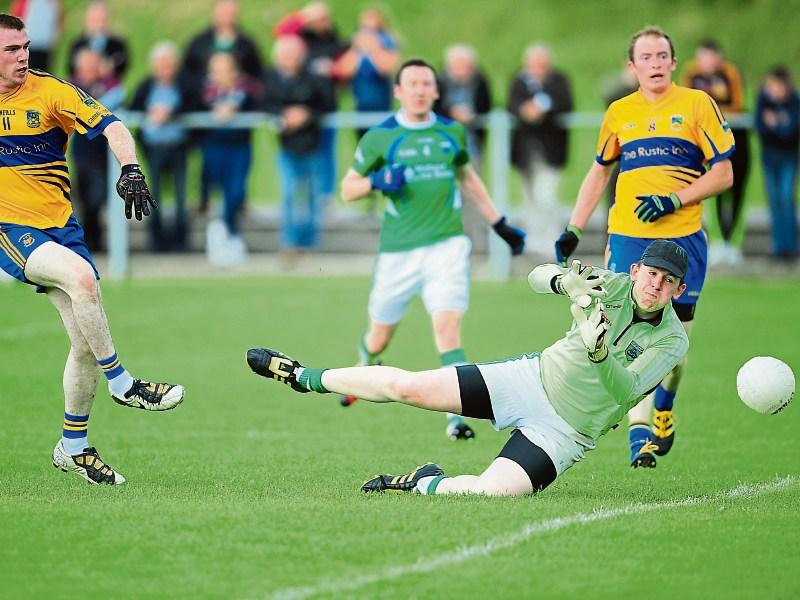 After Longford’s tremendous run in the All-Ireland SFC Qualifiers came to an end with a gallant defeat against Cork in the recent Round 3B clash at Glennon Brothers Pearse Park, the local GAA focus is now firmly fixed on the 2016 County Senior Football Championship.

The Connolly Cup kicked-off with a couple of first round fixtures in Group 3 on Sunday evening last and the other nine senior clubs will enter the championship arena this weekend.

There are cracking games in prospect in the Group 2 minefield, particularly the battle between Abbeylara and Mullinalaghta St Columba’s who are amalgamated at underage level in the guise of Northern Gaels.

There is also a lot at stake in the Colmcille v Dromard local derby as the eventual losers here will be under considerable pressure to make it through to the quarter-finals. And it is the same situation in the St Mary’s Granard v Longford Slashers Group 1 clash in the knowledge that a win is probably a must in order to avoid a championship exit.

County champions Killoe Emmet Og are facing a tough opening game against Clonguish in defence of the senior title; Mostrim start off their championship challenge against Carrickedmond while Rathcline are in action against Ballymahon.

The reigning county champions Killoe will be without a few regulars and might find it difficult to get the better of a Clonguish side who have been in fine form this season. The Division 1 league leaders will be in a fairly confident frame of mind, boosted by the promising potential being produced by numerous young players, but Emmet Og have the strongest squad in the county to call upon and may just have the edge in a close encounter.

Much like the clash between Colmcille and Dromard, the losers of this game will be hard pressed to get past the group stage, and Slashers have lost a lot of players from the squad that won three senior championship titles under Denis Connerton.

A tough task for their new manager Eugene McCormack but he will have the current team fired up for this crucial showdown against a Granard side who have made significant progress during the Niall Sheridan regime, now in its third season. However, St Mary’s have suffered a setback with the absence of the injured county U-21 Liam Sullivan.

Two of the best players in the county will be in direct opposition in this intriguing game, Robbie Smyth and James McGivney, who have starred for Longford this season and will be determined to make a similar big impact for Abbeylara and Mullinalaghta respectively.

Previous championship meetings between the north Longford clubs have produced tight contests and it looks like more of the same in the latest clash.

It is nine years since Dromard last won the senior football championship title and while it would appear that time is running out for their chances of regaining the coveted Connolly Cup, they are generally hard beaten such is their vast experience.

Colmcille, on the other hand, continue to produce some good young footballers and will be hoping to build on their fine achievement in winning the U-21 ‘A’ Championship title last season in the senior showdown against the neighbouring rivals that could go either way.

On the evidence of their encouraging performances in Division 1 of the league this season, Mostrim would appear to be in pole position to emerge from the ‘lesser’ group and are fancied to win their opening championship game against Carrickedmond, who got their Connolly Cup campaign off to a great start when they hammered Rathcline last weekend.

Contrasting fortunes for these two clubs in the opening round last weekend with Ballymahon getting a big boost in their win over Fr Manning Gaels.

Rathcline, on the other hand, will find it extremely difficult to recover from the heavy defeat they suffered against Carrickemond and another setback is the most likely outcome here.