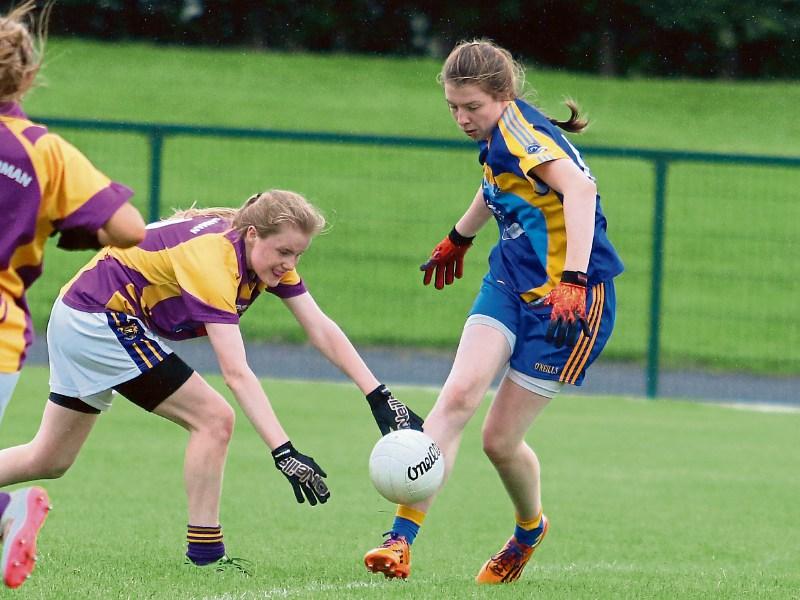 In 1997 Dara Gill, now McGann, captained the Longford ladies to the All-Ireland Junior title. This Wednesday evening the Drumlish native has a chance of managing a Longford side to an All-Ireland title as the county U-16 squad take on Derry in the All-Ireland ‘C’ Final at the Augher GAA grounds, Co Tyrone, throw-in 7pm.

McGann admitted that she never expected to get into management but is happy with the response so far.

“I  helped out last year with the seniors when the management didn’t work out. Then the county board came to me and told me that the U-16s had no one and would I mind doing it. The main thing was to get a panel together, get them games and then sort out positions. It’s great to get the opportunity with the U-16s as they are such a talented group of girls.”

At the start Dara McGann and the management team had a panel of 45 with but it’s now whittled down to 29. McGann has high expectations for this side, not just for this final but for the future. “At the start of the year this was our goal; to get to this All-Ireland Final. We told them that the team we are relying on in the Junior grade this year won the U-16 Final in 2011 and we are expecting these girls to be part of an Intermediate team in years to come.”

With the U-14s getting to the ‘B’ All-Ireland semi-final and the U-21s contesting the All-Ireland ‘B’ title decider last year, McGann commended the county board for the work that is being put in at underage level in the county and also the schools.

“Ballymahon Convent are doing so well in the schools which is a huge help to us. We have a few players from that secondary school and those girls want to push on. Then the underage structure and development is brilliant and the county board are putting a lot of work into it.”

Longford defeated Down to book their place in the final against another Ulster side. Dara doesn’t know too much about Derry but is wary of the Oak Leaf county who like Longford lost the provincial final in this grade.

“Derry have played Down three times this year and there was always just a few points separating the sides. It’s going to be a close battle between us and them. They are consistent and while they have no really outstanding players, they are a good team. They were unlucky losers in the Ulster Final. Two years ago Derry were beaten in the All-Ireland U-14 ‘C’ Final so, no more than ourselves, they are due a win.”

McGann hopes the girls can use the hurt of losing the Leinster Final this year to spur them to victory against Derry. “We lost to Wexford in the Leinster final by a point and we said to the girls remember this feeling. You don’t want it to happen again this year and all they have to do is believe in themselves.”