Longford's Brave Giant in bid to Play the Picnic 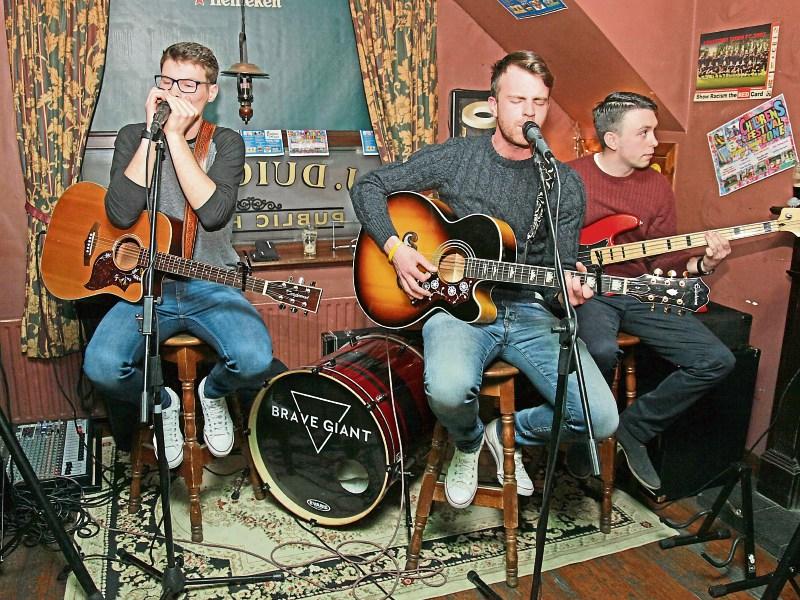 Popular Longford band Brave Giant are among 30 artists and bands shortlisted in 2fm’s Play The Picnic competition and are now in with a chance of playing at Electric Picnic.

Earlier this summer RTÉ 2fm, in conjunction with Oxfam and Electric Picnic, put a call out to artists and bands across the country to compete for a coveted live set at the country’s biggest music festival.

The five-piece indie/folk band are based between Longford and Dublin. Comprised of Ballinamuck’s Podge Gill (23) and Mark Prunty (22), Moyne’s Ross McNerney (22), Emmett Collum (27) from Drumlish and David Kilbride (23) from Ballinalee, Brave Giant were shortlisted from hundreds of entries. They are now part of a text-to-vote to decide if they will join nine other acts in playing Oxfam Ireland’s Oxjam Stage at Electric Picnic, which takes place in Stradbally Estate, Co Laois from September 2-4.

The ten finalists will be announced live on air on 2fm’s The Tracy Clifford show this Friday, July 29, with the act with the highest number of overall votes going on to play The Cosby Stage at the Picnic.

The act voted number one will also win masterclasses with Festival Director Melvin Benn and 2fm.

The band is now calling on the people of Longford to get behind them and vote in the final round of the competition.

“It would be amazing to get to play the Oxjam stage at Electric Picnic this summer - and a dream come true to go on to play the Cosby Stage as overall winner,” they said.

“We’re asking the people of Co Longford to help make this happen by sending a quick text stating PICNIC22 to 50300 to vote for us and help put Brave Giant on the music map!”

Each text vote costs €2 and voters are entered into a prize draw to win one of two pairs of weekend camping tickets to the now sold-out Electric Picnic. By supporting home-grown talent such as Brave Giant, voters will also be helping to raise vital funds for Oxfam’s work, with the charity receiving a minimum of €1.63 from each vote.

Service provider for the vote is LIKECHARITY and the Helpline can be contacted at 076 6805278.

Voters must be 18 or over. Voting closes at 12pm on Friday, July 29 and the winning act and competition winners will be announced that day.