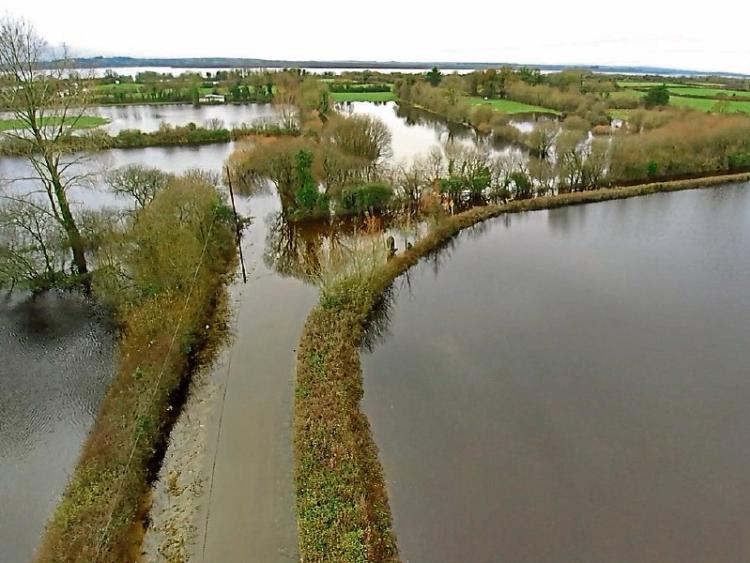 Close to €400,000 has been spent in south Longford over the past six months repairing public roads damaged by last year’s flooding crisis, writes Liam Cosgrove.

Approximately €740,000 was allocated from the Department of the Environment earlier this year to rectify many of the region’s damaged carriageways from the aftereffects of Storms Desmond and Frank.

The figures were disclosed at a meeting of Ballymahon Municipal District by engineer Alan Slattery last week.

In response to a question from Cathaoirleach Cllr Mark Casey, Mr Slattery said of those that were damaged, around half have now been repaired.

“There were around 14 or 15 roads damaged and around 50 per cent are repaired.”

The wider south Longford area was arguably the county’s worst affected district, leading to road closures and the evacuation of some homes.

It was also one of the main reasons behind Director of Services John Brannigan’s admission last January that the Council expected its overall clean up bill to top €2m.

“Six to seven more roads need repair and we (Council) hope to start those works around mid August and most are in the south Lanesboro towards Newtowncashel area,” he said, adding that €360,000 had been spent to date.