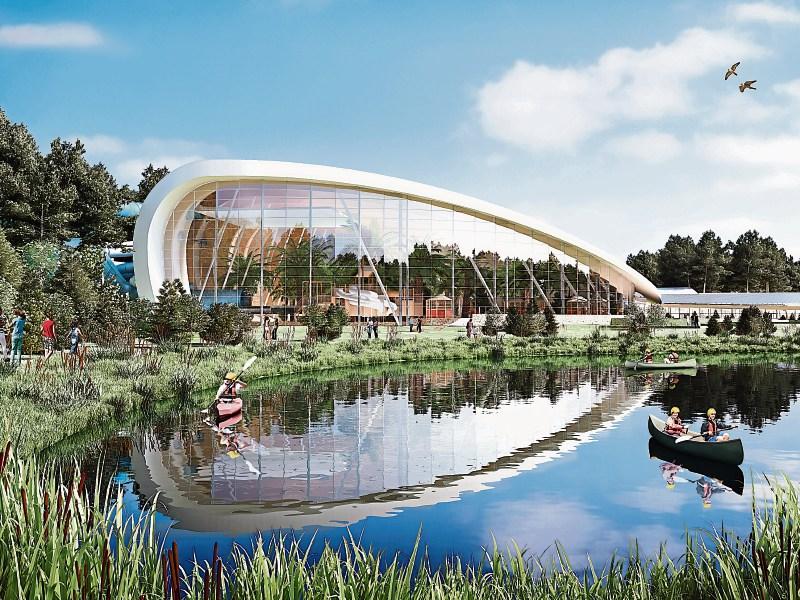 Longford’s tourism and economic future looks set to be transformed after An Bord Pleanala today gave the go ahead for a €233m leisure resort in Ballymahon.

The board granted planning permission with 21 conditions including that the proposed lodges shall only be used as short-term tourist accommodation and that Biodiversity Action Plan incorporating a Woodland Management Plan shall be submitted. Other conditions include that the requirements of the planning authority in respect of road design shall be determined and complied with in respect of a number of matters.

Another condition imposed states that all traffic, both at construction and operational stages, accessing the site shall not use the Clooncallow Road, Newcastle Road north of the site entrance, Abbeyshrule Road north of the site and Ballymulvey Road (Ballymahon to Newcastle Bridge). The board also ordered that the developer pay €25,000 to the planning authority as a special contribution to allow for the independent monitoring of traffic during construction and during operational stages at Newcastle Bridge, Clooncallow Road and at the entrance to the proposed development. Separately, the company shall pay a financial contribution in respect of public infrastructure and facilities benefiting development in the area to the planning authority.

UK based family holiday provider Center Parcs has vowed to create 1,000 full and part time jobs with the opening of a 395 acre site at Newcastle Wood in 2019.

Those plans have, until now, been forced to take a back seat pending the outcome of an appeal which was lodged with the board in March.

A decision had been expected on Monday, however a spokesperson for the State planning authority insisted the file was still with its officials.

Close to 500 lodges, 20 apartments and a 30,000 sq/m complex, including an indoor swimming pool plaza are just some of the many attractions Center Parcs has lined up for what is to become known as ‘‘Longford Forest’.

It has also predicted delivering €1bn to Ireland’s gross domestic product (GDP) over the next 20 years.