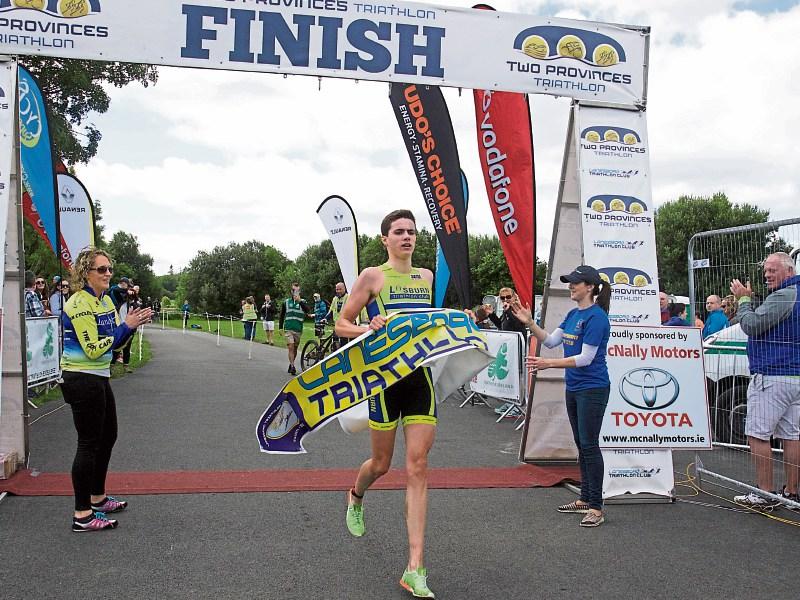 Lanesboro was the venue for the biggest sprint distance triathlon of the year on Saturday last, July 16.

The event started with the elite men and women taking to the 750m swim course on Lough Ree, followed by a 20km bike spin out to Scramogue and finished with a 5km run back to the finish line.

James Edgar of Lisburn Tri Club was the first male over the line. Edgar, who at just 17 years of age follows in the footsteps of Olympian Gavin Noble as National Champion, won with an overall time of 57mins 15secs, 39 secs clear of his closest rival.

In the women’s race, Carolyn Hayes retained the title she first won at Pulse Port Beach triathlon in September 2015 with a performance that highlighted her dominance of the female domestic scene.  See this week’s Longford Leader for more!