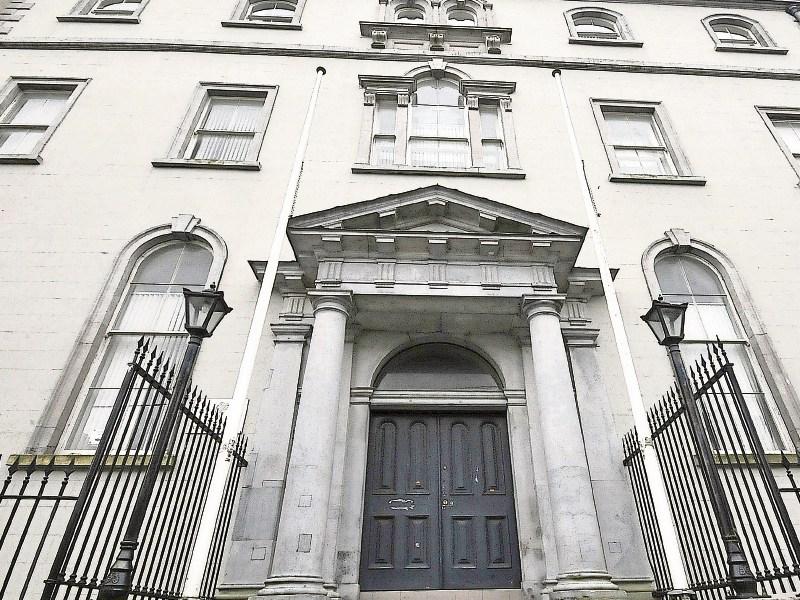 A Longford man was sentenced to eight months in prison after appearing before last week’s Longford District Court on a number of charges.

Mr O’Leary was charged with possessing stolen property, namely an Ulster Bank Debit Card and a HSE Card, on June 1, 2016.

The court heard that on the date in question at approximately 10pm, two males were fighting on Main Street, Ballymahon. Both parties were searched and Gardaí found the cards, which had been stolen, along with a purse, from a mobility trolley, in Mr O’Leary’s pocket.

In a separate incident, which occurred at 3A Moyvale, Ballymahon on July 4, 2016, Gardaí received a call to a criminal damage incident, during which a stone was picked up and thrown through the window of Mr O’Leary’s ex-partner’s house. Gardaí searched for Mr O’Leary and located him, finding him to be intoxicated. He became abusive and was shouting “at everybody and everything”. Taking off on foot, Mr O’Leary was pursued by a member of an Garda Síochána, who caught up with him. As he made to lunge at her, the Garda warned that she would use pepper spray on him unless he desisted. Mr O’Leary did not cease and the pepper spray was used.

The court heard that a barring order was in effect in relation to Mr O’Leary and his ex-partner, and that he had contravened his bail conditions by being in Ballymahon.

In mitigation, seeolicitor for the accused Mr Frank Gearty said that his client was “medically not well” and was taking medication. He explained that when he  consumes intoxicating substances, Mr O’Leary is “disruptive and damaging” to those around him.

In relation to the incident on July 4, he revealed that his client had been in Ballymahon for his sister’s birthday celebrations.

“He knows he did wrong and acknowledges in public he has done wrong,” Mr Gearty continued.

Speaking about the incident on June 1, Mr Gearty stated that the cards had been placed in the defendant’s pocket by the man with whom he was fighting, an explanation that Judge Hughes said was not credible.

“You’re at an age where you’re either going to shape up or ship out,” Judge Hughes told the defendant.

For contravening the barring order, which was made at Longford District Court on October 12 last year, Mr O’Leary was sentenced to six months in prison. For the criminal damage charge, he was sentenced to six months concurrent, while he received a further two months concurrent for the use of threatening, abusive and insulting words or behaviour. The public intoxication charge, meanwhile, was struck out.

Ensuring that the theft of the cards “stands apart” from the other charges, Judge Hughes sentenced Mr O’Leary to two months imprisonment, consecutive to his other sentence, for handling the stolen cards.

“I find it particularly distasteful,” Judge Hughes added before advising that Mr O’Leary be psychiatrically examined in prison and treated accordingly.