Excitement as Arva gears up for 3 Province Challenge 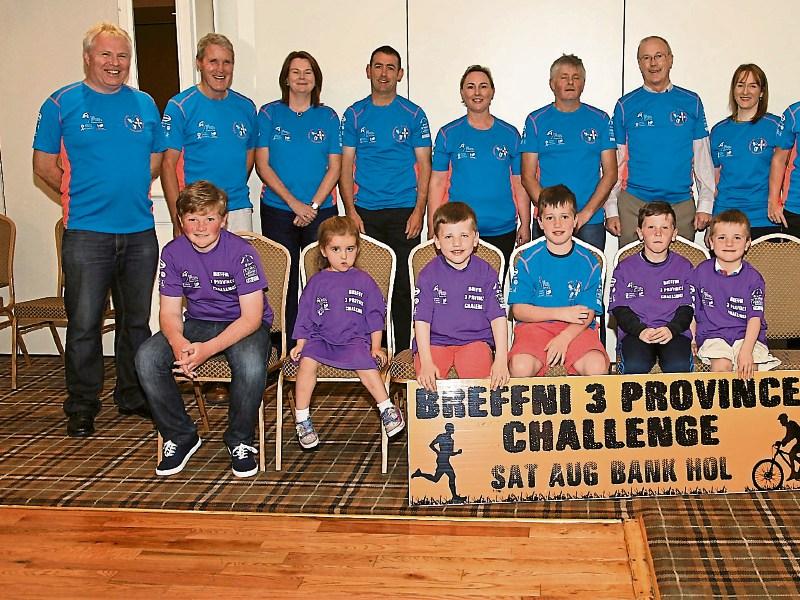 The countdown is on to one of the biggest charity  fundraisers of the year-the 2016 Breffni 3 Province Challenge.

Now in its 14th year, the much anticipated event has raised close to €1m for cancer care and research.

One of the many to throw her support behind the event at the  Arva based hotel was Carol McEnerney.

She said there was no denying how highly the fundraiser was thought of, from those who took part to the families and cancer patients it has helped over the years.

“It has just grown and grown,” said Carol, who recalled  its inaugural staging had taken the form of a charity cycle from Dublin to Cavan.

Ms McEnerney wouldn't be drawn on whether organisers had set a target of reaching or surpassing the €1m barrier this year, instead preferring to focus on why the event had grown to the extent it has.

“It's something that is run by the community, there's no formal chair or anything like that and it's an event in which people on the day will always come up and say 'can I give you a hand'.”

Three different run and walking routes as well as two cycle distances have been set aside for the August 1 event.

These include an AAI approved half marathon and 10km route alongside a  5km "Funky Socks" Fun Run.

The cycling routes, meanwhile, include   a 25km and a more demanding 100km challenge.

In keeping with previous years, a 'welcome home' party will take centre stage on Arva's main square with live music being provided by Eddie Quinn.

Later that evening, a buffet and dancing to the sound of popular band 'Nite Fever' will bring the curtain down on proceedings back in the Breffni Arms Hotel.

In more recent years, the event's continued success has seen it become one of the central attractions of the  3 Province Festival.

A nine day extravaganza of funand entertainment for all the family to enjoy, the festival has likewise struck a chord with locals and visitors alike.

Ms McEnerney said besides the fun and many festivities which are planned there was a more serious undertone to the occasion.

“There will be a ceremony and presentation to remind people why we are there,” she added.

That said, Ms McEnerney admitted the day was a chance for  participants as well as spectators both young and old to row in behind one of the region's most enjoyable get togethers.

Her one wish, however, was of a more fickle and unreliable persuasion.

“I think every Child of Prague in the county will be out in every back garden over the next week or so praying that the weather stays fine,” she joked.