The 'natural rebel' from Ballinalee whose patriotism cost him his life 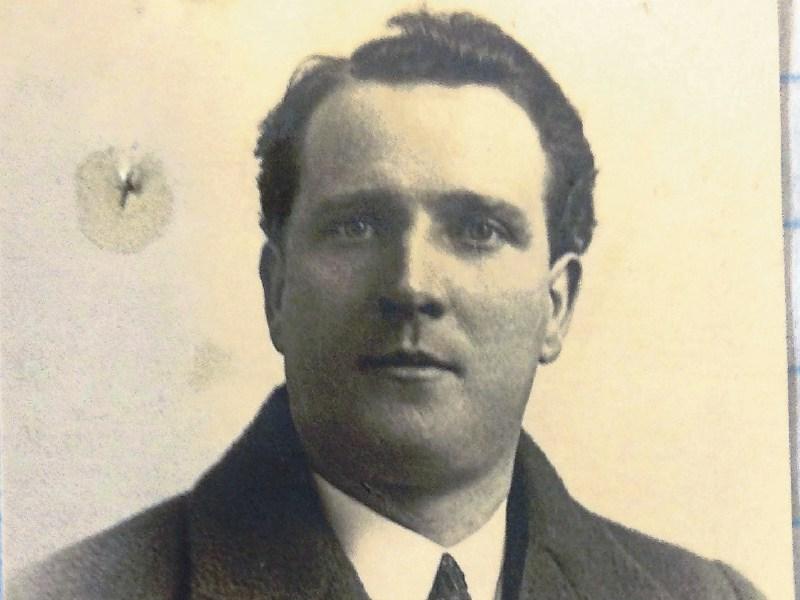 On the side wall of the shelter at Valenciennes (St Roch) communal cemetery in northern France there is a marble plaque to a remarkable Irishman, Robert Armstrong, who survived the First World War only to die in a German prison camp in the Second.

Located among the extravagant sepulchres of the local populace are the graves of 882 British and Commonwealth soldiers who died mostly in the last days of the First World War.

My book Wherever the Firing Line Extends is about the legacy the Irish left behind in the monuments, graves and cemeteries on the Western Front.

It was an act of serendipity that brought me to Armstrong who was born in Monaghan, but grew up in Currygrane outside Ballinalee.

His father James managed the estate of Henry Wilson, the man who became Britain’s top soldier and was later assassinated by the IRA.

I was searching for the grave of one of the last Irishman to be killed in the First World War. Private Thomas Farrell of the 5th Royal (Irish) Lancers from Navan is buried in Valenciennes.

His faded gravestone records that he died on November 12th, 1918, a day after the war ended.

On the shelter in the same cemetery is a marble plaque which states in English and French: “To the memory of Robert Armstrong, head gardener, Imperial War Graves Commission. Died in captivity at Waldheim Camp (Saxony), the 16th of December 1944, Homage from his friends in Valenciennes.”

Armstrong was a gardener whose life and career was disrupted by the cataclysm of two world wars. In June 1915, at the age of 20, he joined the Irish Guards. His brother James (Henry) was already serving in the regiment and was killed in October 1915. Armstrong was wounded in January 1917 when a bursting shell shattered his hip.

Afterwards, he joined the then Imperial (now Commonwealth) War Graves Commission, a peacetime army of gardeners set up to tend to the graves of the 1.1 million British and Commonwealth servicemen who died in the Great War.

In 1940 the Germans invaded France again. Commission staff were evacuated back to Britain or interned by the Germans. Armstrong remained at liberty because he was an Irish citizen.

He expressed no gratitude towards the occupiers. On the contrary, he needled them whenever he could. It was a dangerous game.

Though too old to fight, Armstrong found another way to help the Allied cause. He joined the St Jacques evasion network, one of a myriad of networks set up to smuggle stranded Allied servicemen out of occupied Europe.

At the same time Allied airmen who died locally were being buried in St Valenciennes. This became a flashpoint. Local women put flowers on the graves of Allied soldiers to remember Armistice Day in defiance of a ban by the German authorities. When a German officer kicked the flowers away, Armstrong punched him.

He was sentenced to death for his resistance activities. His sentence was commuted to life imprisonment thanks to the intervention of among others, Longford’s TD at the time Seán Mac Eoin. Mac Eoin’s intervention was personal. During the War of Independence Armstrong’s father James concealed Mac Eoin from the Black and Tans.

“We were a Protestant family and the British assumed we were loyal,” Doug Armstrong, Robert Armstrong’s nephew told me.  Another nephew Harry Lindsay described Armstrong as a “natural rebel” who did what he felt was right irrespective of consequences.

Armstrong’s health deteriorated in captivity. He developed a leg sore which worsened. This magnificently built man was reduced to a skeletal and pitiful figure. A Dutch prisoner remembered: “He died roughly two days after his arrival. All comrades were very moved by his death and prayed for him.”

When the war ended, locals insisted that a memorial be erected to Armstrong’s memory. At every turn this proud, stubborn and courageous man chose a path which led to his premature death. He could have gone back to Britain or Ireland and seen out the war tending to some country estate. He owed nothing to anybody or any cause.

The commission concluded: “As a neutral he could probably have carried on unmolested but his patriotism compelled him to assist Allied soldiers and later American airmen to escape.”

Carrick on Shannon native Ronan McGreevy is a past pupil of St Mel's College. His    book ‘Wherever the Firing Line Extends: Ireland and the Western Front', published by The History Press, is available now for €20.