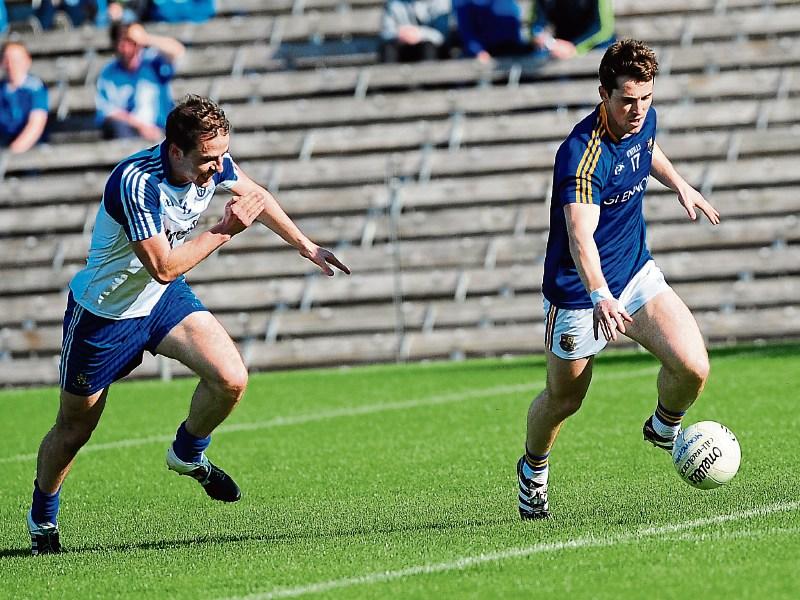 Longford GAA supporters have new heroes after this magnificent 2-13 to 1-13 win over 2015 Ulster Champions, Monaghan in a thrilling All-Ireland SFC qualifier encounter watched by 5,262 spectators.

Despite the boost of Michael Quinn’s early goal, Longford trailed by 1-6 to 1-9 at half-time in St Tiernach’s Park, Clones this evening.

On the resumption, the point taking of Brian Kavanagh, Liam Connerton and Diarmuid Masterson breathed life into Longford’s challenge and when Robbie Smyth plundered for a late goal it put the cat among the pigeons and Monaghan were unable to retrieve the situation.

Denis Connerton's ‘giant killers’ will now join Cork, Mayo and Kildare in the Rd 3B draw on Monday morning at 8.30am on RTE Radio 1.

If ever a team deserves the plaudits it’s this Longford team. Downhearted after the loss to Offaly in Leinster but they have rallied to first defeat Down and now Monaghan. Ulster teams definitely don’t like coming up against Longford.

Longford started the game in spectacular fashion. Robbie Smyth pointed a free after Brian Kavanagh was fouled and then in the fourth minute they got a goal; Michael Quinn made the run and played the ball to Liam Connerton, keeper Rory Beggan tried to stop his effort but it was finished to the net by Quinn, 1-1 to nil.

Conor McManus hit two points over (free) as Monaghan registered their first points on the board. Longford replied with two lovely points from James McGivney to restore their four point advantage in the 13th minute, 1-3 to 0-2.

Monaghan tried to get scores but Longford defended resolutely. Another Robbie Smyth free in the 26th minute gave Longford a five point advantage but Conor McCarthy began to come to the fore as Monaghan’s main threat.

In the 31st minute Longford lost Donie McElligott after linesman Barry Cassidy alerted referee Ciaran Branagan to an off the ball incident and the St. Columba’s man received a black card.

In the space of three minutes Longford went from being two points up to be trailing by three going in at the break.

Longford were on the attack in the 34th minute but defender Cian Farrelly gave away possession, Monaghan broke with Jack McCarron bringing a fine save out of Paddy Collum but the loose ball fell to Colin Walshe and he made no mistake.

McManus followed up with a free and Ryan McAnespie added a point to give Monaghan a 1-9 to 1-6 half-time lead.

Longford cut the deficit to just one in the 37th minute with points from Diarmuid Masterson and a wonderful effort from the sideline from Kavanagh. Monaghan went ahead by two in the 40th minute with a well struck free from keeper Rory Beggan.

Fine points from Masterson and McGivney saw Longford level it at 1-10 apiece by the 44th minute.

The home side tried to get scores but were thwarted on numerous by some resolute and resilient defending from the boys in blue.

Longford edged ahead by in the 54th minute courtesy of Brian Kavanagh and another point from Liam Connerton stretched that advantage before Monaghan restored parity, 1-12 all after 58 minutes.

Longford showed nerves of steel and determination to go ahead again in the 59th minute with a point from the impressive Masterson.

In the 62nd minute Connerton went on a run he laid the ball off to Smyth who finished to the net much to the delight of the Longford supporters, 2-13 to 1-12.

Try as they might Monaghan couldn’t find a way back. McManus hit over a free in the final minutes to leave three between them and that’s the way it ended.