All too easy for Mullinalaghta 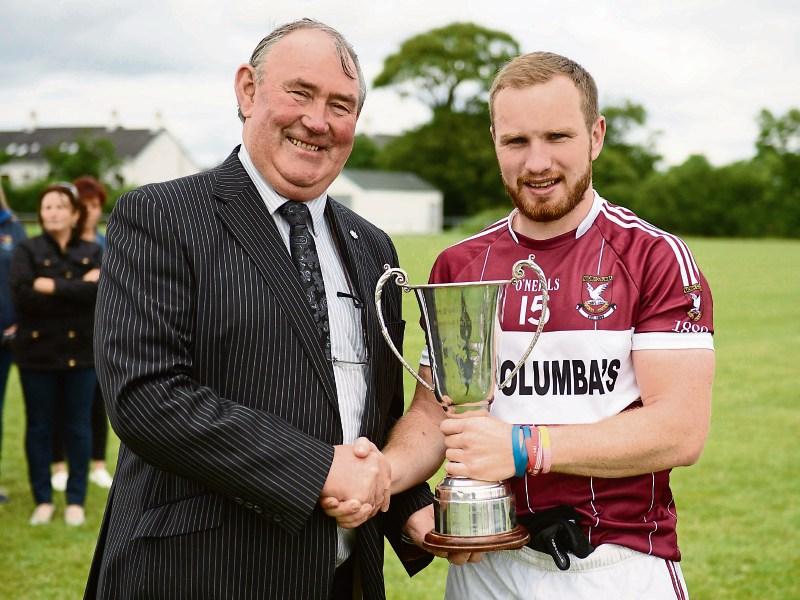 Rogers kicked 1-3 from open play and was brilliant from placed balls but it was his runs from midfield and range of passing that caused Carrickedmond the most damage as they just could not get a hand on the centre forward.

Carrick, minus five regulars, lacked ruthlessness in front of goal but they were still in the game at half-time as they trailed by 0-4 to 1-6.

However, Mullinalaghta came storming out at the beginning of the second half and within 10 minutes of the restart the game was well and truly over.

The game was played in Devine Park, Edgeworthstown last Sunday and it was Carrickedmond who got off to the brighter of starts with scores from Dermot McCormack and the returning Micheál Higgins.

Mullinalaghta levelled the scores with a brace from Gary Rogers before Mark Degnan and Carrick’s Higgins swapped scores. The next flag raised came from a good effort by Carrick’s wing back Sean Kelly, it would turn out to be the last time the south Longford side would be in front. With twenty minutes played Carrick were a point to the fore, 0-4 to 0-3.

Carrick did not score for the remaining 10 minutes of the half while Rogers brace from play and tap over free along with Paul Leonard’s effort put Mullinalaghta back in the lead.

Just as the half was about to end there was a goal line scramble where Mark Degnan’s scrappy shot went through John O’Rourke’s legs for a soft goal. Half time score Mullinalaghta 1-6 to Carrick’s 0-4.

That goal really finished Carrick and after the restart it would take them 10 minutes to register their first score. During that spell Rogers kicked a fantastic 1-3, the first score came straight after the throw in where he kicked a beauty along the sideline, the second was the goal where he weaved his way through the lacklustre defence before slotting home, a monstrous free put 10 between the sides and the latter was a tap over after good build up.

Higgins opened Carrick’s second half account with his 3rd point after 41 minutes and Conor Kelly’s free a few minutes later was the last flag raised for Carrick with a quarter of an hour still remaining.

A goal from midfielder Conan Brady and points from Dermot McCabe, Eoghan Keegan and Degnan closed out a dull contest  which was completely different to the earlier meeting of the sides .

Mullinalaghta finished their unbeaten campaign with captain Rogers lifting the cup while Carrick will have to return to the drawing board.