Longford must go to Clones without any self doubt, says Connerton 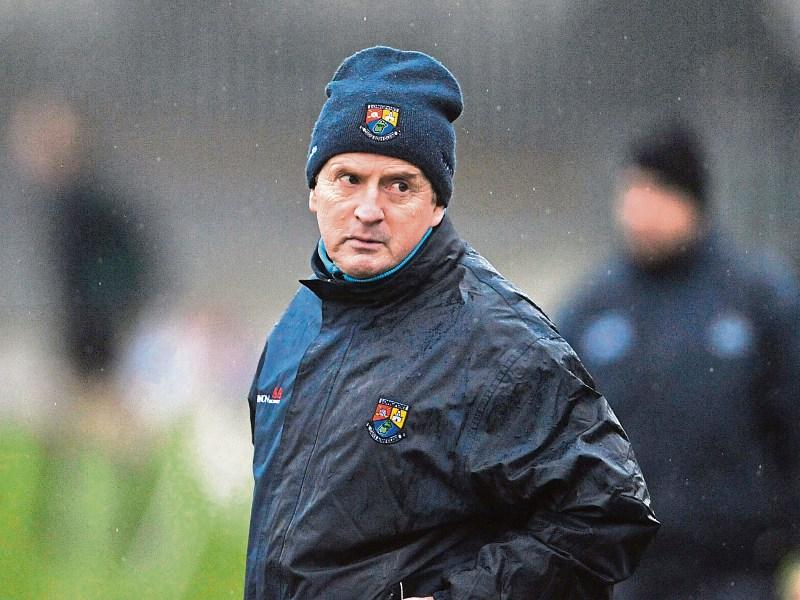 Longford manager Denis Connerton has been down this road before.

In 2004, the only previous occasion that Longford faced Monaghan in senior championship football, he masterminded a memorable extra time victory over Colm Coyle’s charges away in St Tiernach’s Park.

And twelve years later, Denis is returning to Clones hoping to repeat the oracle.

The odds may be stacked against Longford pulling off another giant killing act but they will relish the challenge.

After watching Monaghan lose to Donegal by 2-10 to 0-17 in last Saturday’s Ulster semi-final replay at Kingpsan Breffni Park, Denis said, “What is imperative for us, is that we can’t doubt ourselves.”

He added, “Yes, we are up against very good opposition in Monaghan but we just cannot go to Clones and basically pay homage to them. We’ve got to respect them for what they have done. But we just can’t go there and be in awe.”

Just seven days earlier in the drawn encounter, All Star Conor McManus, nailed eight points as Monaghan (0-14) finished level with Donegal (1-11). He also contributed 0-8 when Monaghan crushed Down by 2-22 to 0-9, in the Ulster quarter-final on June 5. Kieran Duffy and sub Owen Duffy netted the goals.

Using Down as the barometer - Monaghan defeated them by 19 points and Longford scraped past them by four points - it suggests there can only be one winner on Saturday. Denis, his co-management and players will be hoping to defy that assessment.

“The guys were buzzing in training on the Monday night after the Down victory,” remarked Denis.

He continued, “It was a difficult fixture for us, playing a team that would be rated 8th or 9th in the country and then having a long trip away. It was a terrific victory. The lads put in a fantastic shift and played exceptionally well.”

The character shown by his players really impressed Denis.

“They have character and I’ve been saying that all season. We had to win against Westmeath (in Rd 7 of the NFL to remain in Division 3) and we won after losing to Clare the previous week. It is the sign of a good team when they lose, to be able to bounce back.

“And in that Down game, Down came back very strongly at us. They got a goal within seconds of the throw-in of the second half. Our players had to dust themselves down and really get back at them. It showed great character.”

The Fermoyle NS principal believes gaelic football is educational, and while it was great to defeat Down, there remains significant room for improvement.

“Every game you go out to play you have to learn something from it. You have to work hard at the aspects that you are both happy with and not happy with. When you kick 15 wides in a match there is room for improvement.”

In the build up to the opening round of the Leinster Championship where Longford lost out to Offaly by 2-13 to 2-21, Denis ruffled many feathers when he issued a statement suggesting they were ‘unlikely to defeat Offaly’ and ‘we are preparing for the qualifiers’ owing to the failure of the County Board CCCC to postpone a round of local league games. He highlighted that team preparation was being hampered by the fixing of the games and also that earlier rounds took several days to complete rather than being played on the same day.

“That statement before the Offaly, so you were right all along,” I suggest.

He replied, “It is not a case of whether I’m right or whether I’m wrong. I made my statement at the time. I wasn’t happy with the way things were. I felt there was no point in I fooling people. I said I would be straightforward and honest from the outset.”

He further explained, “The one thing I’ve learned in a long career in football is that there is no point in fooling people. And if you feel that you are not preparing teams to the best of your ability then people should know that. And I felt that I wasn’t able to prepare Longford to the best of my ability, and to give them a fair chance of beating Offaly. When Offaly can play four challenge games and we can only play just one, it doesn’t add up.

Prior to defeating Down, they played a number of challenge games, with Leitrim, Kildare and Armagh being among the opposition.

“We had four matches and it was a great help to us,” insisted Denis.

Michael Brady is battling with an ongoing back injury but besides that, Longford have a relatively clean bill of health. They did lose players (Fergal Battrim, Shane Doyle & Larry Moran) during the six week gap (May 15 & June 25) between the Leinster Championship loss and the opening round of the qualifiers.

Denis quipped, “We weren’t able to lock all the ports and airports, unfortunately. We’ve a couple of lads gone abroad and a couple of other lads have left the panel. I’ll be straight up about it, and for anybody that wants to know, a big problem is naming your matchday twenty-six. It creates difficulties for teams. We’d love if it wasn’t there but we’ve got to abide by it.”

Competition structures always generate debate, and Denis opines, “Definitely we need a new structure. But what it is, I can’t get my head around it.”

He added, “Something needs to happen. We had one competitive match in twelve weeks, six weeks before and six weeks after Offaly. Trying to sell that to young guys is hard work. Tell guys ‘to stick with us’ and you are only going to play one match in three months! Especially after being beaten it is hard work. The fact that Louth, Wicklow and Waterford were, and that one of Armagh or Laois could have been, out of the championship before Galway even kicked a ball, you’d wonder about a system like that. It is wrong.”

Denis knows it will be difficult to repeat the victory of 2004.

“We are up against very strong and very capable opposition. We can’t have any self doubt regarding ourselves. We have to go out against Monaghan and play to their best of our potential. And if we get our performance right and our attitude is 100% right, then no matter what happens we’ve done our best. That is all we are focused on.”