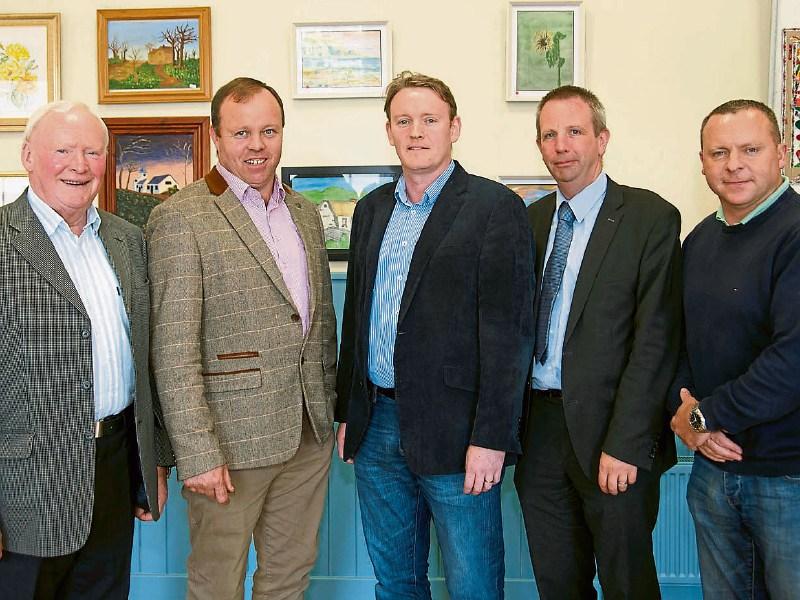 Following the formalities, Cllr Carrigy took the opportunity to outline his objectives for the coming year.

"I am looking forward to working closely with the executive, engineers and staff," the new Cathaoirleach added.

"I want to thank my proposer and seconder for giving me the honour of become chairman of Granard Municipal District and I want to pay tribute to Padraic who has been a wonderful representative for all of us.

"The pedestrian crossing in the village of Ballinalee remains close to my heart and will stay on the Agenda until the project is brought to fruition."

Meanwhile, Cllr Brady told members that it had been a great honour for him to serve as Cathaoirleach for the past 12 months.

He said one of the highlights for him had been the recent opening of a wonderful art exhibition at Granard library in which the wonderful talents of local artists were put on display.

"We have amazing artists in the area and it was wonderful to see their work on display here at Granard Library," the Drumlish native said.

"Thanks to everyone for their support and help during my time in the chair."

Cllr Martin  Mulleady said that he would like to thank Cllr Brady for all his hard work in recent times.

"It is important that all the councillors on this municipal district work together and I wish Michael and PJ all the very best in their new roles.

"I also want to thank Paraic - we are all a happy family here - all fighting for the same area, so it is vital that we all work together for the good of this region,” he said.