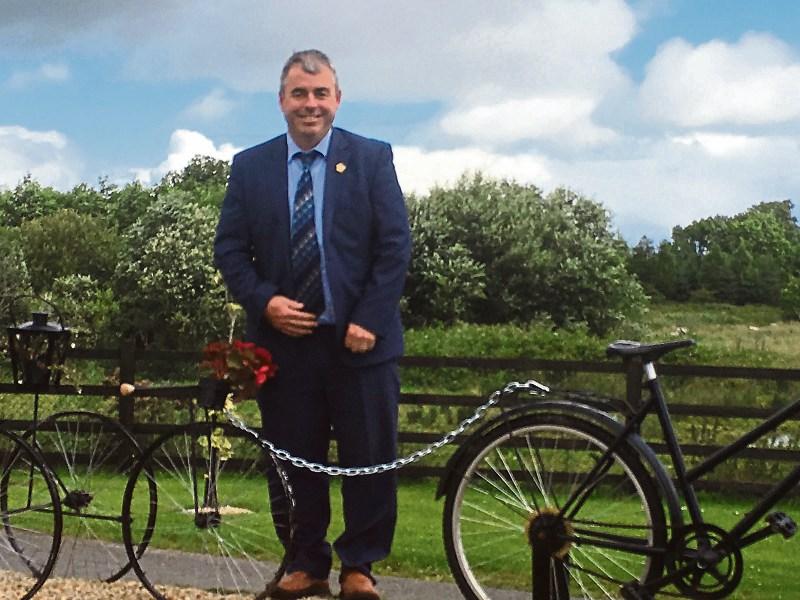 Tourism in Longford received a huge boost  with news that over €500,000 has been allocated to develop a 15.2km extension to the Greenway between Abbeyshrule and Ballymahon.

It is hoped that the project will be completed by the end of this year.

Speaking to the Longford Leader on Friday, Deputy Kevin Boxer Moran said that he had been reticent to talk about the funding until it was actually confirmed.

“The money is here now and it's good to go. It's a big story for Longford, I didn't bring the media around because I don't want to send out false promises. If I can't do it, I'm not going to make a promise but if I can do it, it will be there," he said.

The Athlone-Mullingar greenway will start at Garrycastle and pass through scenic landscape via Moate, Streamstown, Castletown and onto Grange south in Mullingar where it will link with the recently constructed Royal Canal greenway which extends to the Meath/Westmeath border.

Speaking at the ceremony to mark the centenary of the Battle of the Somme on Friday, the newly elected Cathaoirleach of Longford County Council Mick Cahill described the allocation as “fantastic news”.

“We've all been working so hard on this and I want to thank Kevin Boxer Moran  for his efforts. I just want to also thank all the members of Longford County Council's staff who have been involved in putting that application together over a number of years. A lot of hard work went into it and it's great to see it and it's the first of many things that we intend to progress over the next 12 months."

Fine Gael TD Peter Burke who raised the matter in the Dail in recent weeks said he was delighted that the capital has been authorised promptly for the project.

" Longford County Council have footed much of the cost over the past number of years in relation to the greenway and it is really positive that the Government are now playing a central role,” he said.

The greenway is a €10 million euro project to develop  on and off-road cycling roads across the country.  The route forms a key part of a long-term vision to create a continuous off-road greenway from Dublin to Galway.

The centre-piece of the project is a 40km cycling track between Athlone and Mullingar that, when complete, will run along the disused railway corridor that was previously a branch of the old Midlands Great Western Railway.