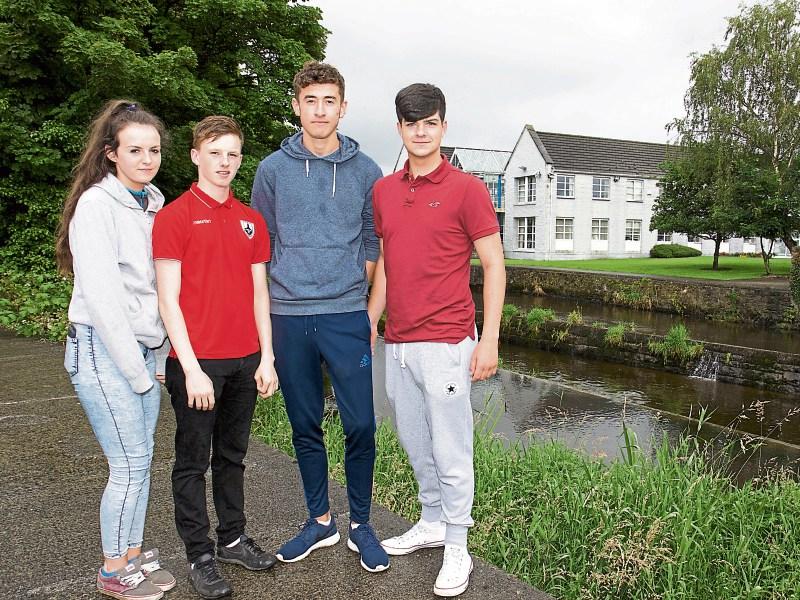 Three Longford teenagers have been hailed as heroes  after dramatically rescuing a child from the River Camlin on Sunday evening.

The trio, Dylan Murray Jack Carey and Kielan McDonagh together with a fourth friend, Nicole Bohan came to the stricken child's aid shortly after 5pm.

The group were  walking along the river's banks just down from a bridge at the foot of Longford town's Bridge Street when they noticed a woman who began waving at them.

“I had just finished work and I met up with the other two lads  when we noticed a woman who was waving over at us,” said Dylan less than 24 hours after the incident unfolded.

“That was when we heard a little girl crying and saw that she had fallen in.”

As Dylan and his three friends raced to the scene, they quickly realised the gravity of the situation confronting them.

With the child's mother  unable to reach her daughter and watching on frantically from the river bank, the St Mel's College students  desperately tried to reach out to the young child.

“She was chest high in water  when we got there so I just leant over and put my foot in a hole in the wall where one of the lights are and pulled her out while the other two lads grabbed both of her hands,” added Dylan.

The fifth year students, all of whom are 16, successfully managed to pull the child to shore, much to the relief of the girl's mother.

Dylan said the incident, which lasted only a matter of seconds had clearly taken its toll on the woman.

“She didn't really say anything,” he said, adding that he thought the woman couldn't speak English.

“When we took her out she was still crying and she did say thank you briefly and waved at us.”

The group decided to return to the scene on Monday where they also came across a life buoy which they somehow managed to miss during the commotion.

“We went back today and noticed there was a life buoy there but when it happened we didn't even notice.

“We just went in and did what we could do,” said Dylan.

Asked about whether they looked upon themselves as heroes, Dylan admittedthey were proud to have helped out on the day. .

“At the time we weren't really sure what to think but when things started to sink in and we asked people what did they think we were heroes, so I suppose you could say we are pretty proud of doing what we did,” he added.