Longford film-makers capture the feel of the Fleadh 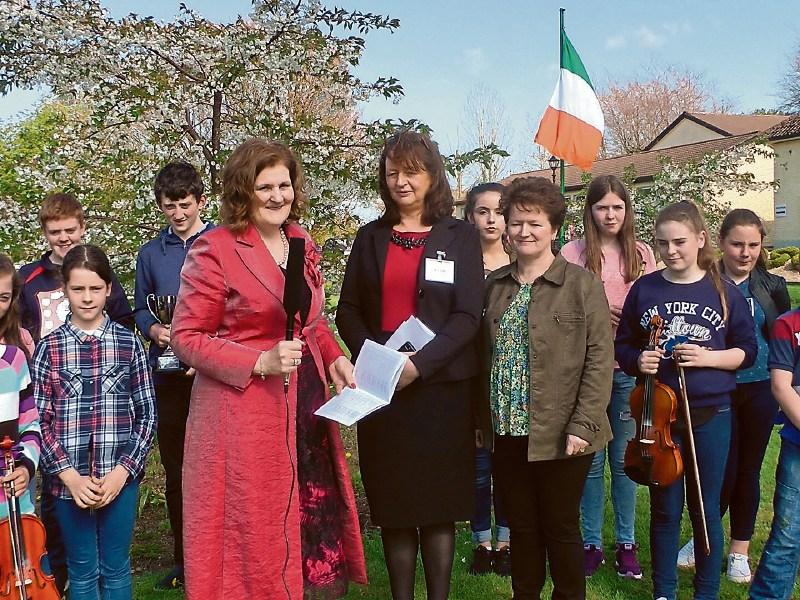 ‘Fleadh Fervour’, a documentary film made by Anna Kavanagh and Deirdre O’Byrne, will be launched in Fay’s bar, Granard next Tuesday, July 5 at 9pm.

An Outtake Community Media production, the film captures the enthusiasm, passion and excitement of the participants in the 2016 County Longford Fleadh Cheoil.

Anna and Deirdre travelled around the county and went behind the scenes to meet with the committee members of Longford CCÉ, teachers and musicians as they prepared for the competitions.

While many attend a Fleadh to enjoy the sessions and the excitement, they don’t see the weeks and months of hard work and dedication that go into the preparations.

According to Anna, great credit is due to the likes of Damien McGuinness, Pauline Flood and Jackie Callaghan who go above and beyond to ensure that the tradition of Irish music is kept alive. This film, scripted and directed by Anna, endeavours to acknowledge the work that goes on behind the scenes to enable Longford musicians and dancers to compete alongside their counterparts from all over the country.

Explaining how the film came about, Deirdre O’Byrne, who operated the camera and sound, said; "Anna was one of the participants in a training course in TV production that I facilitated along with Seamus Clarke and Shane Crossan at the Outtake studio last year.

“Students of all ages and from varied backgrounds took part and we encouraged them to team up and use their newfound skills to make programmes allowing Longford people to narrate their own story.”

Deirdre went on to describe how a number of favourable factors came together to create the film, the principal one being the recent move to a new purpose-built studio, complete with new editing suite.

Hoping for a large crowd at the launch, which is sponsored by Sinead Fay, Anna also revealed that after the viewing, some of the county’s best musicians will host an open session.

Outtake Community Media is available to film all community events and for details of this and the next training course contact Seamus on 085 119 1118.