350 workers to converge on Longford 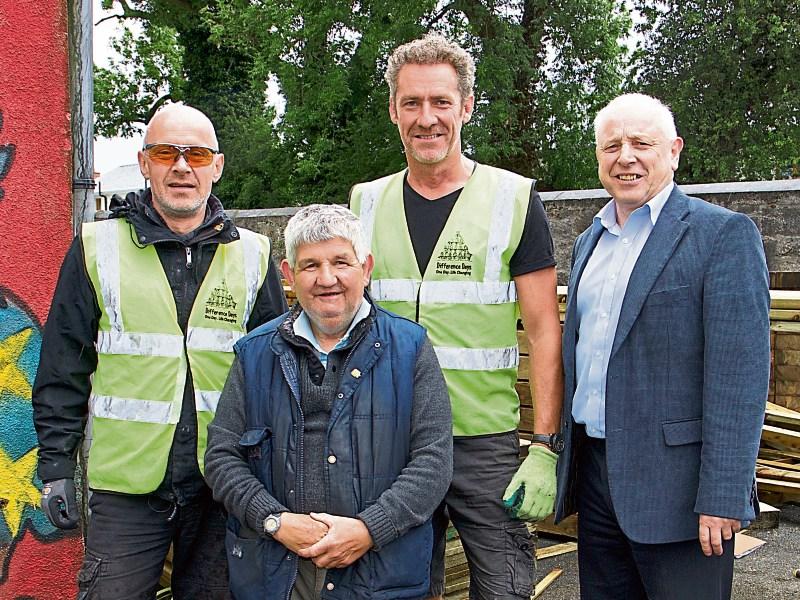 On Monday next, July 4, 350 staff from Fidelity Investments will arrive on the St Christopher’s Campus in Longford town at 10am and they will carry out a range of projects.

The one-day blitz will include the provision of sensory gardens, building new playgrounds, providing shrub beds, flower beds, planting a garden and many other projects. “We here at St Christopher’s are very excited and thankful to Difference Days who are facilitating the project whereby 350 staff from Fidelity Investments will arrive on Monday and literally blitz the work all in one day,” explained St Christopher’s CEO Pat O’Toole.

And St Christopher’s is bracing itself for scenes similar to those that featured during an iconic scene in the film ‘Witness’, starring Harrison Ford and Kelly McGillis, where members of the Amish community came together for a barn raising project, carried out to the music of Maurice Jarre.

Mr O’Toole said Fidelity didn’t say why they were selected but added, “It is great to have something like this.”

Workers are already on site at St Christopher’s campus engaging in preparation work ahead of the arrival of the 350 Fidelity workers. Fidelity Ireland was established in 1996 and employs approximately 1,000 individuals in its Dublin and Galway offices.

Mr O’Toole concluded, “It should be a truly amazing day – let’s hope the sun shines, but either way St Christopher’s is set for a major transformation.”