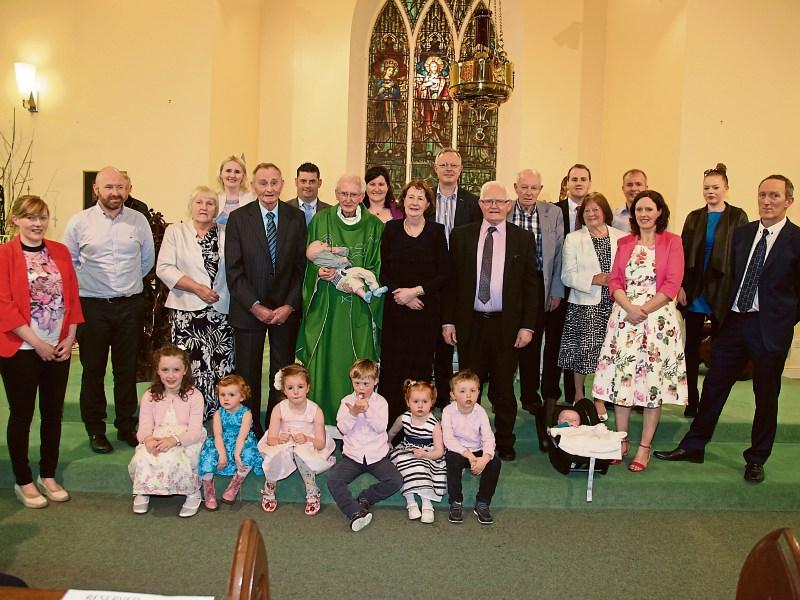 Parishioners in Ballymachugh gathered at Carrick Church on Sunday, June 19, to celebrate with local priest Fr Frank Gray, who was marking his Golden Jubilee.

“It was a very special day, a bright shining moment in my life,” said Fr Gray, who has been based in the south Cavan parish since 2002. “It was a parish Mass and a lot of the people from the area were there, as were a lot of people from my former parishes. There was a meal afterwards in a marquee outside the church.”

Fr Gray, a native of Dromard in north Longford, explained that he was born in 1940 to Matt and Rose (née Reilly), the eldest of three children.

“My brother Matt and sister Mary are younger than I am,” he said.

“I was educated for a short while at Edenmore NS and later at Gaigue NS, followed by The Latin School, Moyne, and St Patrick's College, Maynooth, and at the hearth school of the family and the neighbours. I was ordained on June 19, 1966.

“ I celebrated my first Mass the following day in St Patrick's Church, Ballinamuck, as my parish church, St Mary’s, Legga, was being restored at the time.”

During his career, Fr Gray has served in a number of parishes including Cloghan, Drumlish, Killoe, Athlone, Ferbane and Ballymachugh.

In addition to his current assignment, Fr Gray spent time as chaplin of Moyne CS.

“My heart overflows with gratitude today for the people, priests and religious I have gotten to know and with whom I have worked in all these places,” he admitted.

“These places were my home and these people are my friends. They are part of who I am and what I bring to ministry.”