Family and friends raise funds and awareness for Huntington's

5km charity walk on Saturday, July 16 to round off a busy fundraising year for the Doran family and their friends 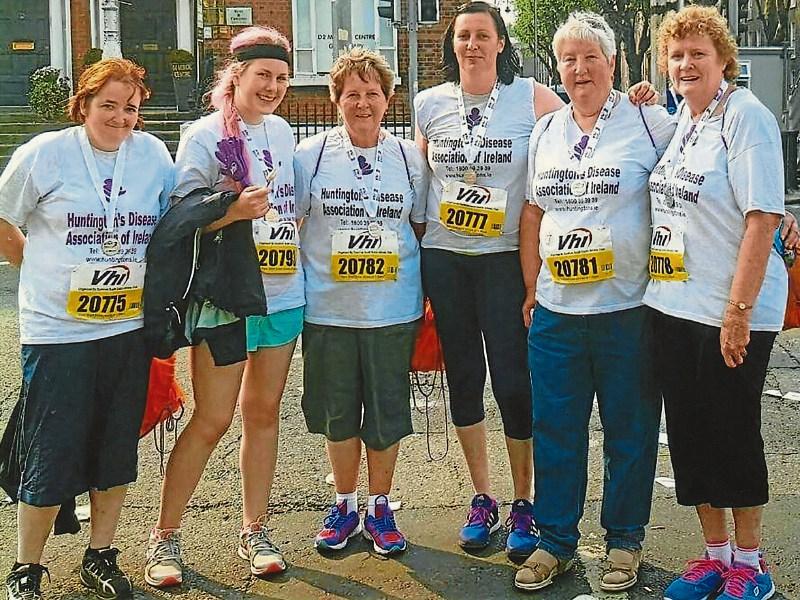 The annual walk in aid of the Huntington’s Disease Association of Ireland is set to take place amongst the stunning surrounds of Lough Key Forest Park on July 16.

The walk is organised by the Doran family, who have had a busy year thanks to the fundraising efforts of their extended family and friends.

It all began with family friend Carol Lee, who took it upon herself to set up an online fundraising page. Shortly after, her cousin Emma suggested that they hold a stall at Clara Market and so, with a van offered for free by Davy Connell, a group of volunteers set up shop for a day in May.

Family matriarch Pauline Doran was then joined by Carol, as well as Mary Lee, Tara Belle, Peg Fogarty and Christine Lee in completing the women’s mini marathon in Dublin at the beginning of June.

Giving the reason behind their efforts, Pauline revealed that her son, Joe, suffers with the condition.

“We want to create awareness, and all of the money goes to assisting the sufferers,” she continued.

Describing the neurodegenerative condition as “a hard illness to watch” Pauline added; “It has to be frustrating for sufferers and it is frustrating to watch but you keep going from day to day.”

One thing that helps keep the family going is Pauline’s beloved granddaughter and Joe’s goddaughter Jessica, whom Pauline describes as their “mainstay and sunshine”.

The fundraising has been a huge group effort, with Pauline’s daughter Anne and her husband Tadhg also unwavering in their support. Extremely grateful to all who contributed to their fundraising endeavours, Pauline added; “People are so generous, it’s unbelievable”.

“I want to thank Carol for the amount of work she has done - and her band of workers! I also want to thank all the family and friends that have supported us in every way.”

Speaking about the July walk, Pauline explained that Joe had started off climbing Croagh Patrick with his beloved dog Nanouck, but that Lough Key had later been suggested for a stroll that all the family could enjoy.

As for the date, Pauline revealed; “July is an important month. It’s a personal month for the family, there are a lot of anniversaries that occur in July.”

All are invited to come along and raise funds for this worthy cause. There is no registration fee but donations are welcome.

Those who cannot attend but would like to donate can do so at the fundraising page https://www.justgiving.com/fundraising/Clee1