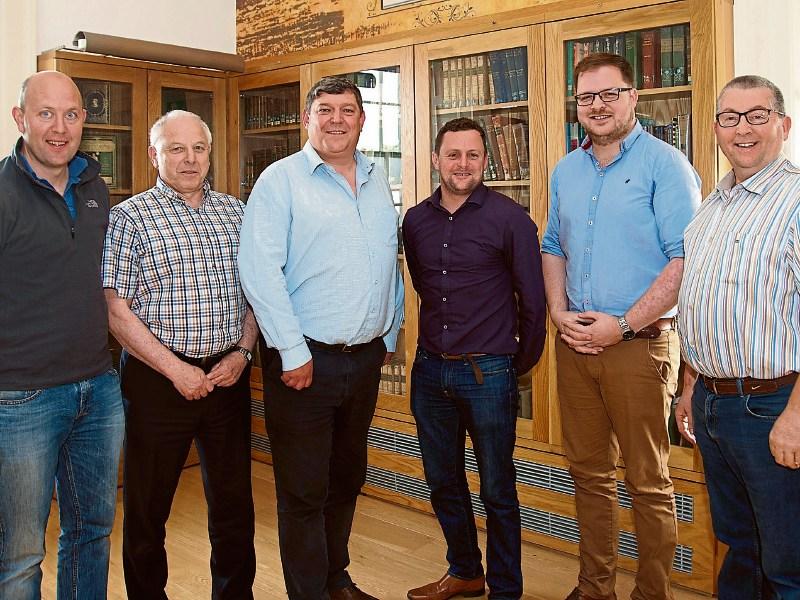 Independent councillor Mark Casey will preside over Longford County Council's Ballymahon Municipal District for the next 12 months after he was nominated to succeed Fine Gael's Cllr Colm Murray in the role at the district's Annual General Meeting last week.

“I very much enjoyed the year,” said Cllr Murray. “It was a busy year with lots to be done.”

He added that the Municipal District's decision to hold its meetings at different locations, “allowed people to see local politics at work”.

Pointing to the positives of the last 12 months, he acknowledged progress in the proposed Center Parcs development at Newcastle Wood, saying, “we have talked before of what it will bring to the town of Ballymahon and the surrounding area, and to the county.”

He also praised the “holistic approach” to the traffic and parking plan that has been initiated in Ballymahon and the extension of the Royal Canal walkway from Westmeath to Abbeyshrule, adding that the latter “shows the Department we are serious about this project”.

In addition, he praised the inclusion of the Corlea Trackway in the 'Ireland's Ancient East' tourist trail: “It has been under-used and under-visited but hopefully this will increase numbers.”

“It wasn't all plain sailing,” he added. “Severe flooding hit the community. I'd like to pay tribute to the council staff who pumped water and filled sandbags.”

He joined the rest of the Municipal District's other representatives in congratulating Cllr Paul Ross (FG) and his wife Jenny on the birth of their first child: “congratulations on the arrival of baby Sophie”.

“We'll do things together,” Cllr Casey said of the approach he intends to take during his tenure.

“There'll be no solo runs here.”