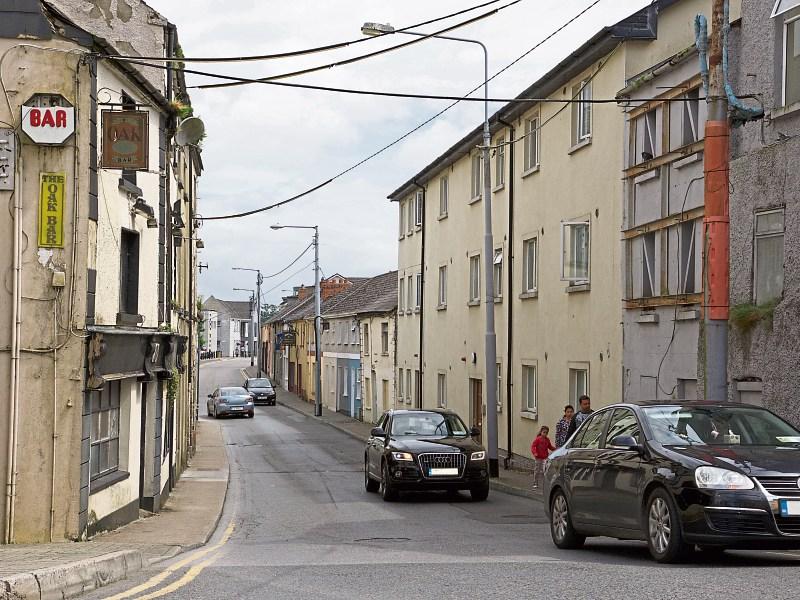 Bulldozers should be brought in to demolish most, if not all, of Great Water Street, a Longford Municipal District meeting heard this week.

The Longford publican was reacting to plans by the local authority to impose a vacant sites levy on empty or disused sites that fall into disrepair.

“Large areas of that (Great Water Street) should be demolished and returned to residential purposes,” he said.

Although appearing sincere in the delivery of his plea, Cllr Browne's appeal provoked plenty of amusing stares from his council colleagues.

“I would demolish all down there, but I would leave the council offices,” he said.

“What is taking place down on Great Water Street is pathetic. It's dreadful stuff.”

Despite conceding his proposal may well be “pie in the sky”, the Fine Gael party stalwart insisted there was merit behind such a move.

Director of Services Barbara Heslin, momentarily seemed bewildered by it all before leaping to the defence of one of Longford's oldest routeways.

“If you walk down Great Water Street, it's very cosmopolitan,” she remarked, while adding that she wouldn't mind purchasing a house down there upon her retirement.

“Yeah, down your end of it,” Cllr Browne comically replied.

Many more elected members, meanwhile, applauded efforts to go after absentee landlords who fail to keep their properties and sites in order.

The workings of the new approach are contained under the Derelict Sites Act allowing local authorities to force landowners to remedy dangerous buildings or clean-up sites, and impose an annual levy based on three per cent of the site value if it remains undeveloped.

“Wouldn't that make you proud to be from Longford?” Ms Heslin asked, as she held a copy of the Local Area Plan's front cover aloft.

“This is a very important document and what this gives us is a road map to go forward.

“The public consultation of this will be very important to allow people to have an input and get a better understanding of what we are trying to achieve.”

Ms Heslin said the vacant sites levy was a key strand of the Council's new approach in its efforts to push ahead with its much vaunted regeneration project.

“The vacant sites levy is very important that we include it in this document,” she said.

“We can't apply them later unless we make provision in the plan to do so.”

Cllr Seamus Butler led the chorus of approval, saying it would send out a firm warning to those who do not comply with the Council's tough -handed approach.

“The message should now go out that Longford County Council and Longford Municipal District are in the business of putting the people of derelict sites out of business,” he said.