Longford topple Down in thriller after extra-time 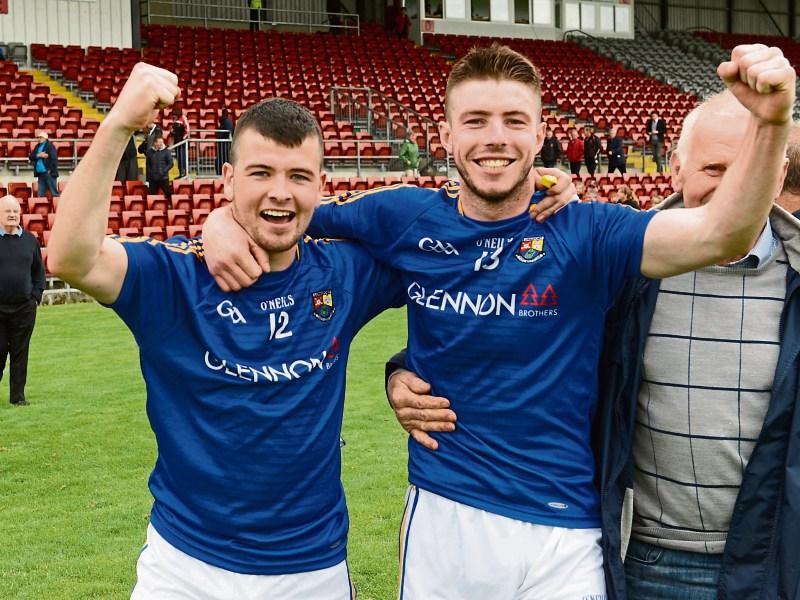 Longford booked their place in Round 2B of the All-Ireland SFC Qualifiers after toppling Down by four points in a high scoring thriller at Pairc Esler in Newry on Saturday with the action packed match eventually decided after extra-time thanks to goals from substitutes Seamus Hannon and Mark Hughes.
In making amends for the disappointing defeat against Offaly in the opening round of the Leinster Championship, Denis Connerton’s rejuvenated side had much the better of the first half exchanges and were full value for their 0-11 to 1-4 lead at the break with the scores coming from Brian Kavanagh (3), Barry McKeon, Robbie Smyth (3), Michael Quinn, Diarmuid Masterson and James McGivney (2).
Captain Quinn was in brilliant form at centrefield for Longford, who should have been even further ahead as they were guilty of kicking eight wides as compared to just one for Down who managed to remain in contention with a goal from Conor Maginn in the 21st minute.
But the team relegated from Division 1 of the National League this season made a brilliant start to the second half with a goal from Donal O’Hare with just 30 seconds gone on the changeover and when the dangerous full-forward (who ended up with a terrific personal tally of 2-9) shot to the back of the net again in the 43rd minute Down were looking good as they led by 3-6 to 0-12.
That same three points margin separated the sides with 60 minutes gone on the clock but never-say-die Longford (with keeper Paddy Collum making two vital point-blank saves during the course of the second half) came storming back to fire over five scores in a row through Michael Quinn, James McGivney, Diarmuid Masterson (2) and Brian Kavanagh (free) to regain the lead.
Down drew level with a point apiece from Ryan Mallon and substitute Sean Dornan before Michael Quinn broke through to shoot over the bar in stoppage time and that looked to have done it for Longford.
But with the last kick of the game Donal O’Hare converted a free from right in front of the posts to leave the sides all square, 3-12 to 0-21, at the final whistle and so extra-time was required to resolve the issue.
Down moved into a two points lead before Seamus Hannon pounced to score the crucial first goal for the Division 3 underdogs and there was just a single point in it late on when Mark Hughes finished the ball to the net following a fabulous move to clinch a superb victory for gutsy Longford.