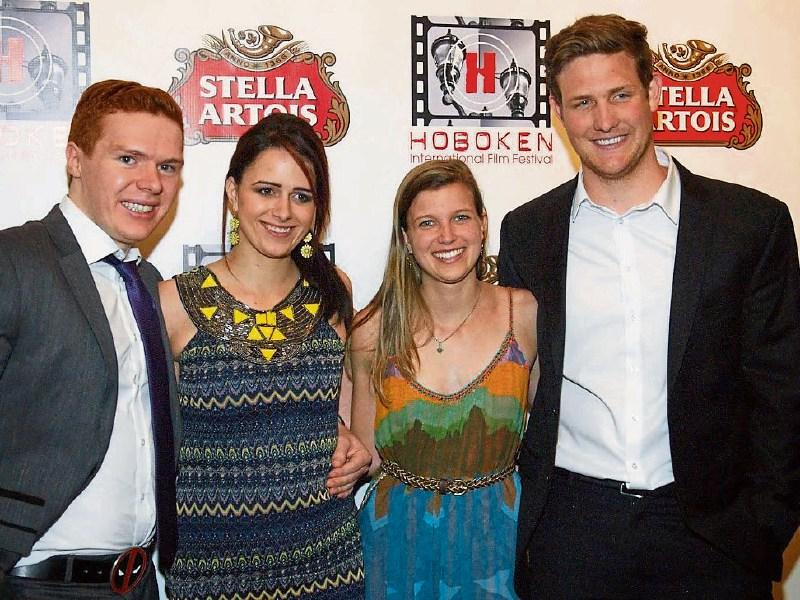 ‘Miner Issues’, a comedy pilot written by Newtownforbes native Daniel Keenan was among the major success stories from this year’s Hoboken International Film Festival, which took place earlier this month.

Daniel, the son of Michael and Patricia Keenan, collaborated with friend and Director Ryan McDowell to create an hilarious, mockumentary style programme which shot in the Sierra Nevada mountains last September.

“The show is about Quentin Burrows, an enthusiastic and dim-witted LA native, who moves up to the Sierra Nevada mountains to start his own personal gold rush, but instead discovers a strange town full of characters who are not on board with his little scheme,” Daniel told the Leader. “His plan is pretty outlandish,” he added, before pointing to his own native Parish’s gold find earlier this year; “although my mother just discovered a pile of golden chalices in a ditch in Newtownforbes, so maybe Quentin could actually succeed.”

It was a festival first for ‘Miner Issues’, which was chosen to join less than 150 projects on the bill, a number that had been whittled down from over 1,600 entries from all around the world. Though already delighted with the positive reaction that the screening had received and the connections they made with people within the industry, Daniel admitted that nominations for two festival awards were the icing on the cake.

The aim now for Daniel, who is based in San Jose, California, is to drum up some interest in the programme; to pitch it to producers and raise the necessary funding or sell the idea.

“Once we finish the film festival circuit, we’re going to release it online too,” Daniel revealed. “We’re very hopeful on getting into another festival, or five.

“Unfortunately Ireland doesn’t have any TV Pilot competitions, which is a missed opportunity for a lot of festivals in my opinion. But who knows, maybe I can convince the Longford Omniplex or the Clonguish complex to screen it!”

For more information or to see the excellent trailer for ‘Miner Issues’, visit www.facebook.com/minerissuestv