Mostrim players return to the stage 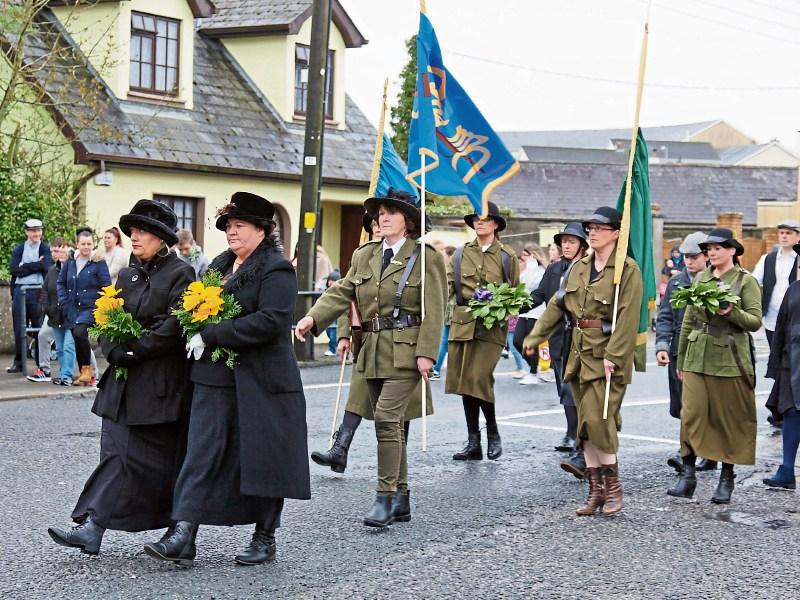 To celebrate the Centenary of the 1916 Rising, Mostrim Players are taking to the stage with a unique blend of drama, music, dance and song to perform an original production entitled 'Up For the Rising - The Local Connections'.

It is another original script from the pen of local woman Pauline Flood and promises to give the audience a blow by blow account of events during 1916 and the following years up to 1922.

Pauline has decided to include a local aspect and there is particular emphasis on events and people from Co Longford such as the South Longford By-Election; The Clonfin Ambush and the Grand National from Easter Monday 1916.

This production is a follow-on from the recent Re-Enactment which took place in The Green, Edgeworthstown in May and if it lives up to that high standard then this is a show not to be missed.

The action starts with a scene from The Greville Arms in Granard and moves back in time to the Rising with battle scenes from the GPO and the streets of Dublin. The acting scenes will be complimented by song and dance of the time. It will also feature the reading of the Proclamation and an eerie scene which reflects on the innocent children who fell victim to the fighting.

Rehearsals have been ongoing since February under the directorship of Vanessa Flood and it involves over 60 performers plus a host of backstage crew and volunteers. This is by far the biggest undertaking by Mostrim Players so far with several debutants who are relishing the chance to relive part of Ireland’s history.

The show will take to the stage for three nights only from Friday, July 1 to Sunday, July 3 in the Park House Hotel, Edgeworthstown. Friday and Saturday's shows are at 8pm with an earlier show on Sunday at 6pm.

Admission is €10 for adults and €5 for students, no tickets are necessary as you can just pay on the door.