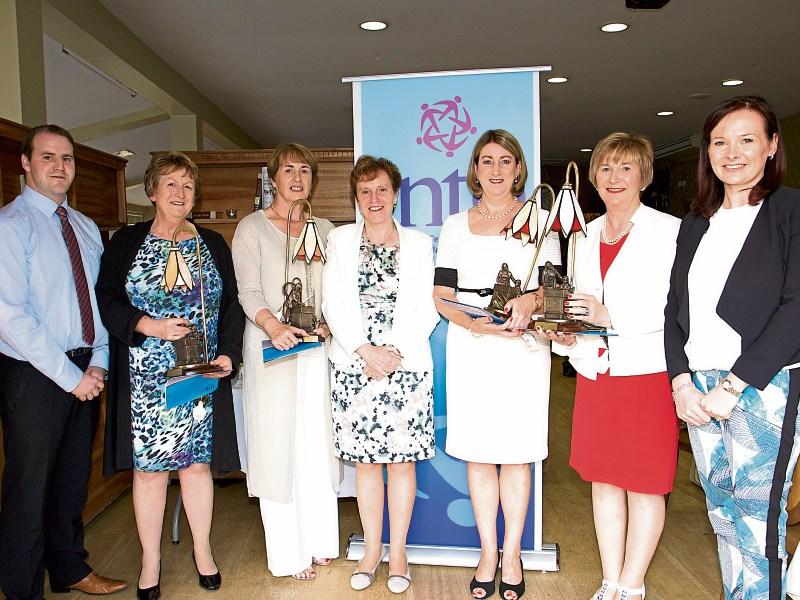 Four primary school teachers, who have racked up a combined total of 145 years in the profession, were recently honoured by the Longford INTO Branch.

A special cake was made to mark the occasion and presentations were made to the quartet by INTO Central Executive Council representative Carmel Browne.

Nora Keegan taught for thirty-five years, from September 1980 to December 1998 in Naomh Earnain NS, Killashee and January 1999 to December 2015 in Aughnacliffe.

Bridie McGuinness retired as principal of Scoil Mhuire,Newtownforbes, last August, thereby bringing the curtain on a 38 years association with the school.

Bridie took up employment in Scoil Mhuire on September 1, 1977. She taught for sixteen years and during that time she taught all classes from junior infants to sixth class.

Bridie was appointed principal in 1993 when the two schools in the parish, amalgamated. She continued in that role for twenty-two years.

Bernadette Noonan began her career in Multyfarnham in 1978 and moved to St Elizabeth's NS,Edgeworthstown in 1983. St Elizabeth’s amalgamated with Mostrim Boys NS to form St Mary's NS in 2000.